Raising Dion never got the attention it deserved on Netflix which unfortunately led to its early cancelation. However, the series is still worth the binge. The superhero drama centers on Nicole Warren and her young son Dion who has begun to manifest superhero-like abilities. Still reeling from her husband’s death, Nicole is now tasked with keeping Dion safe and his powers hidden from those who want to exploit him.

The most obvious similarity between Obi-Wan Kenobi and Raising Dion is that both rely greatly on keeping one’s true identity a secret. Kenobi must keep his Jedi status a secret to avoid death in the same way Nicole and Dion must keep his powers a secret to keep him safe from harm. 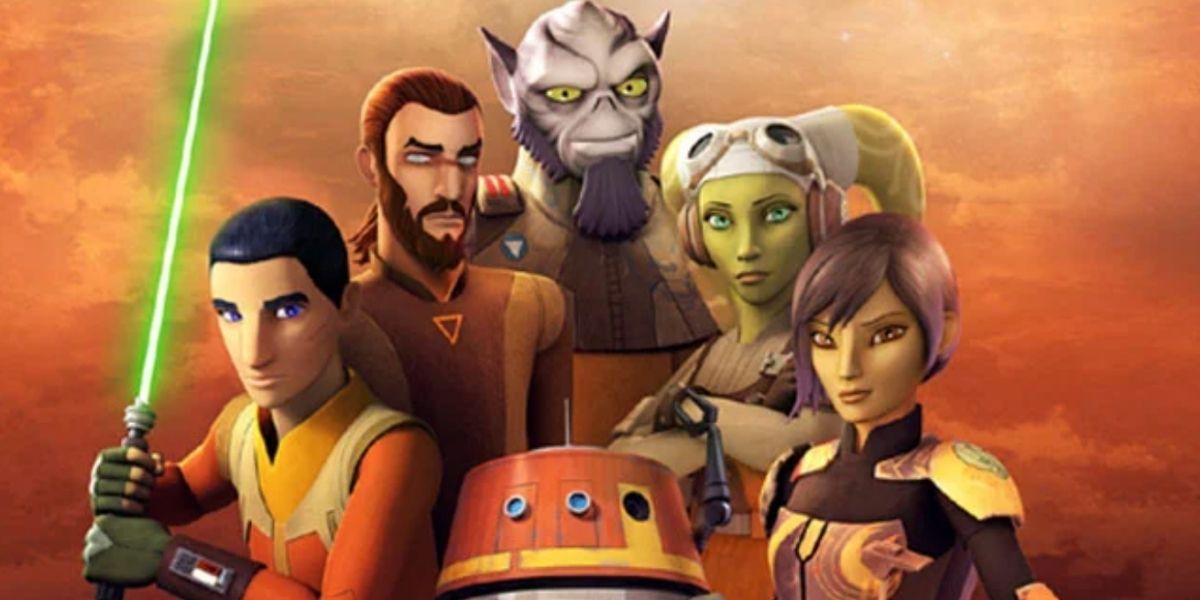 Like Obi-Wan Kenobi, Star Wars Rebels takes place in roughly the same timeline with Order 66 already being executed. Like all things, Star Wars both are about the underdogs stopping at nothing to do what’s right. Both series also have comedic undertones thanks to several Rebels characters having funny quotes. 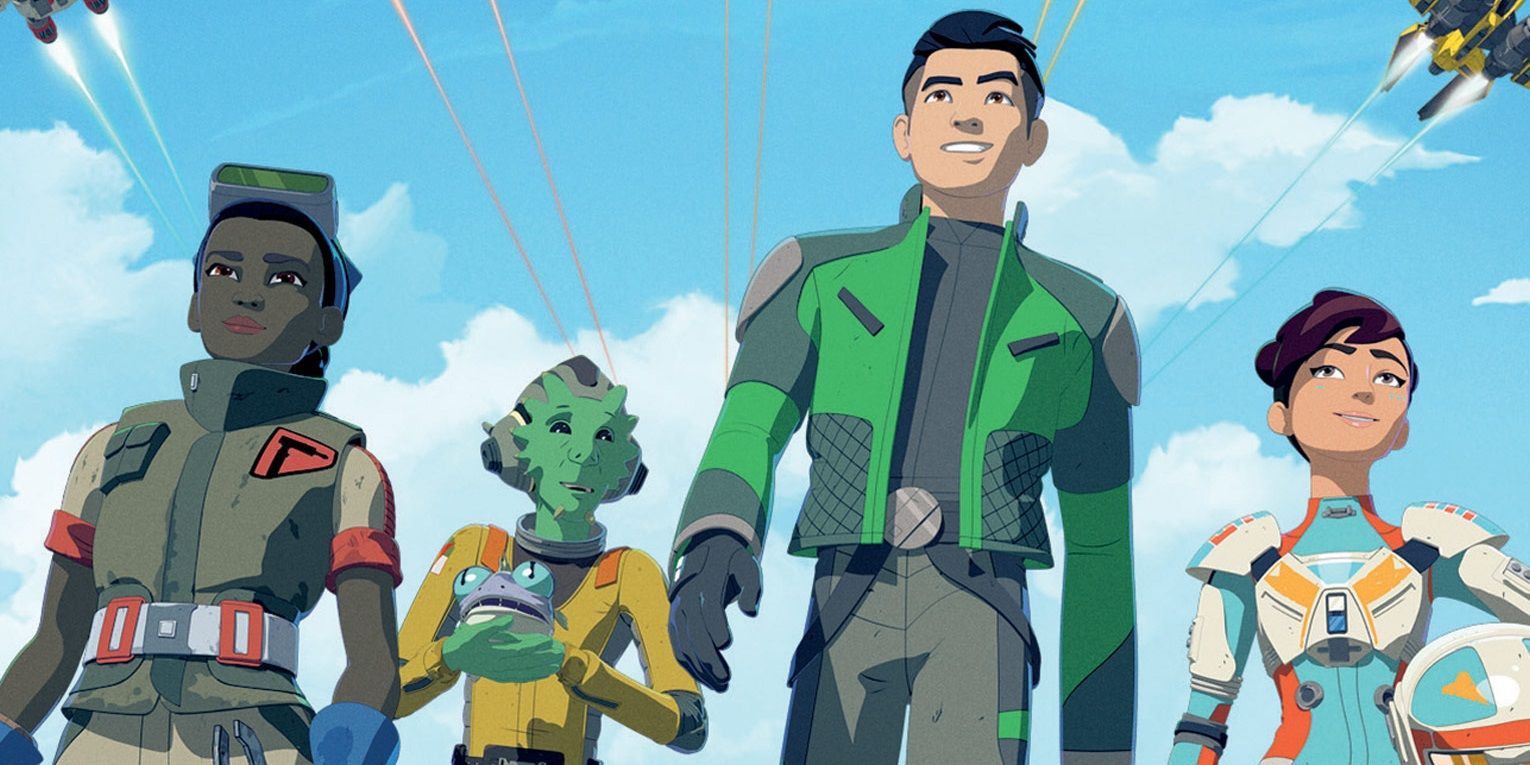 Star Wars Resistance is another one of Dave Filoni’s animated Star Wars projects. The series aired on Disney Channel and consisted of full-length episodes and a series of shorts on YouTube. Set during the sequel’s timeline, Star Wars Resistance centers on Kazuda Xiono, a New Republic pilot, who is recruited by Poe Dameron to be a spy on the ocean planet of Castilon.

Though Obi-Wan Kenobi and Star Wars Resistance take place in different timelines, they still share similarities. The most important being the fact that both Kazuda and Kenobi must keep their true identities a secret if they want good to prevail. 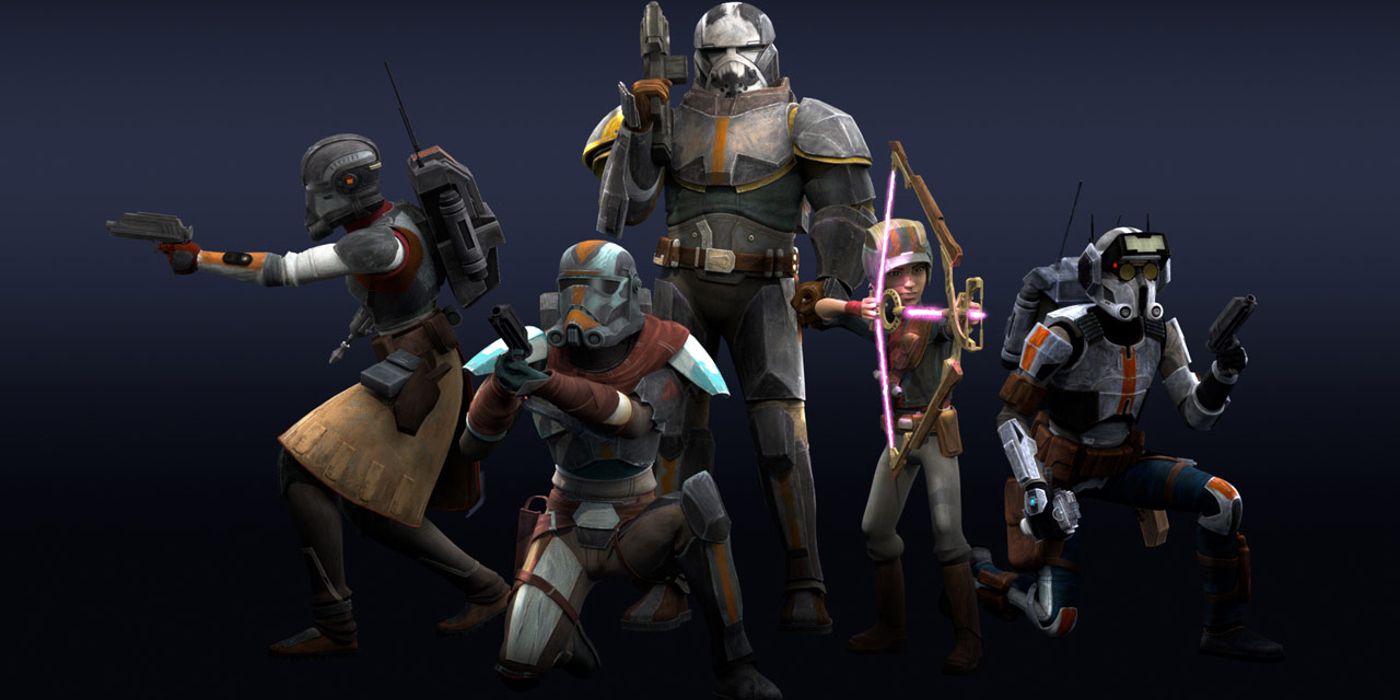 After the success of several Star Wars animated shows, it only made sense for Disney+ to debut with its own original animated series: The Bad Batch. The series is a sequel and spin-off of Filoni’s Star Wars: The Clone Wars. It follows Clone Force 99,  a squad of clone troopers who all have genetic mutations and go out on various mercenary missions in the wake of the Clone War.

Unlike other Star Wars shows which focus primarily on Jedi, The Bad Batch truly focuses on the clones. Being in the Star Wars universe might be the closest similarity The Bad Batch has to Obi-Wan Kenobi, but it’s a pretty strong similarity to have since they all tie in to complete the galactic story. 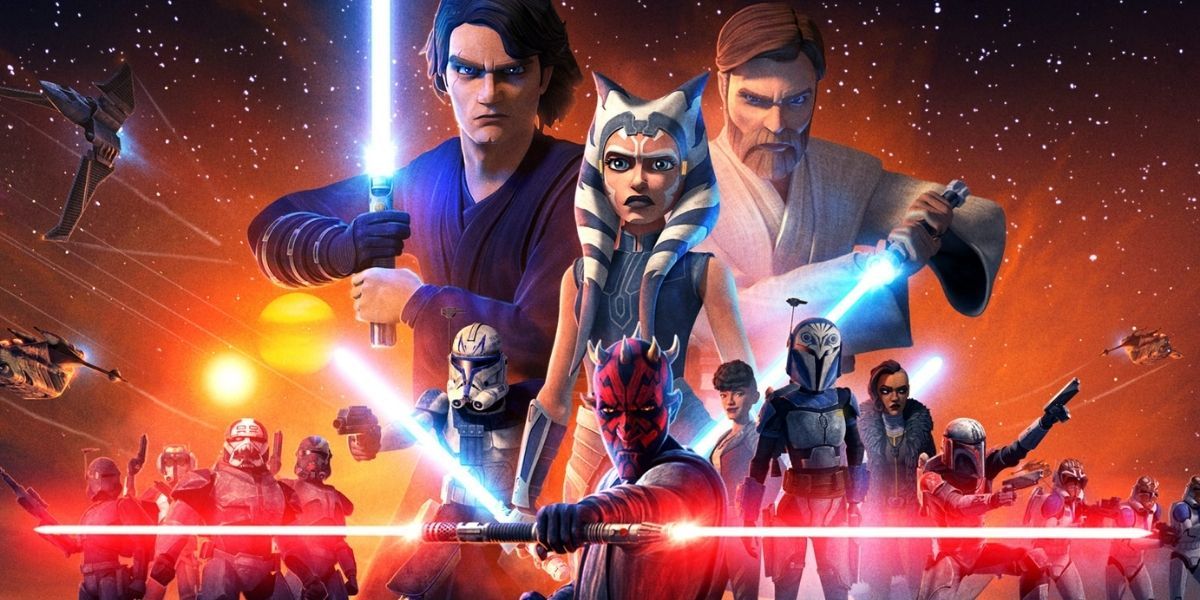 Aside from the original trilogy, Star Wars: The Clone Wars might be the most universally loved Star Wars story of all time. It takes place between the events of Episode II and Episode III and centers on the dangerous conflict between the Galactic Republic and the Confederacy of Independent Systems, aka the Sith. The series features beloved characters like Anakin Skywalker, Obi-Wan Kenobi, and Darth Maul while also introducing a new batch of characters including Anakin’s Padawan, Ahsoka Tano. 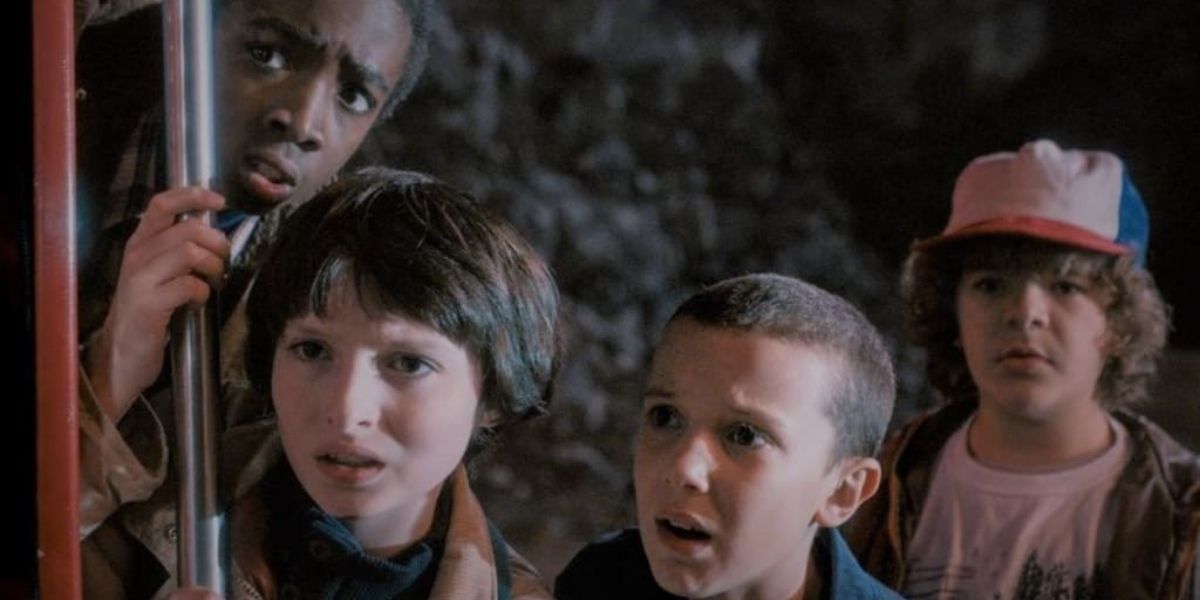 Stranger Things is arguably one of Netflix’s biggest and best shows of all time. Created by the Duffer Brothers, the sci-fi series centers on a group of friends in the 1980s who discover their small town is full of secret government experiments. Leading the discovery is Eleven, a mysterious girl who has escaped from the government testing center.

While Stranger Things is not set in the Star Wars universe, it does share a lot of its core themes. Both it and Obi-Wan Kenobi are dealing with an extremely challenging time where the safety of everyone is at stake. Furthermore, Eleven possesses telekinetic abilities that function somewhat similarly to force powers. 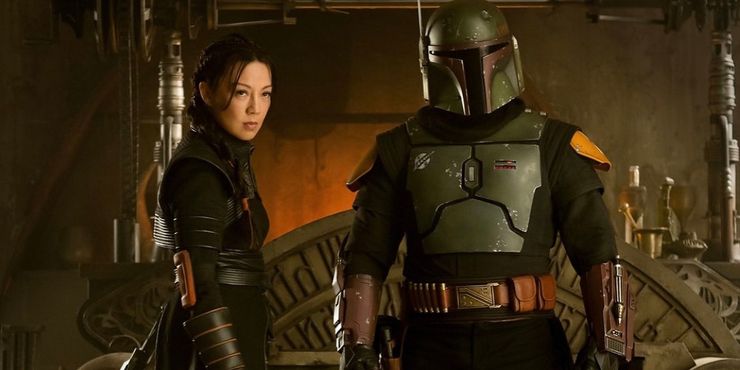 Instead of giving Boba-Fett a standalone movie, Lucasfilm decided to dive deeper into Boba-Fett’s lore by giving him his own show for Disney+. Set after his appearance in The Mandalorian, The Book of Boba-Fett follows Boba Fett and Fennec Shand who return to Tatooine to take over Jabba the Hutt’s old territory.

Boba-Fett isn’t a traditional hero like Kenobi is but the two characters do share similarities in that they both want what’s best for their people. Both shows also give Star Wars fans more insight into these beloved original characters.

The Falcon And The Winter Soldier (2021) 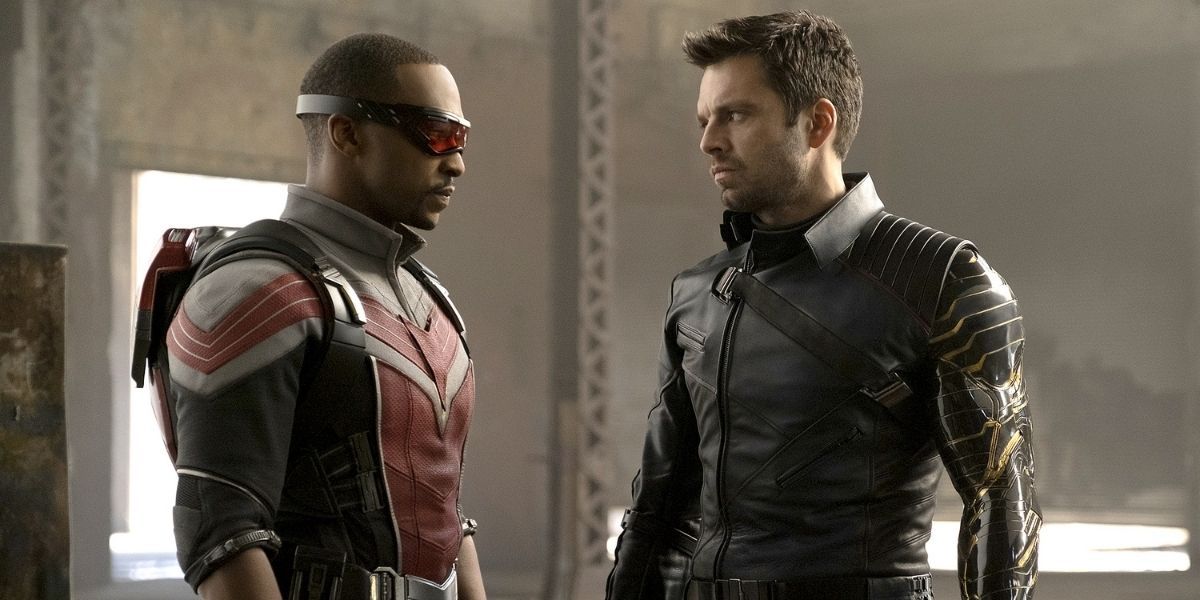 Star Wars isn’t the only franchise giving beloved characters a Disney+ miniseries, in fact, the MCU did it first. The Falcon and the Winter Soldier takes place six months after Sam Wilson takes over the mantle of Captain America. Now, he must team up with Bucky Barnes to take down a growing anti-patriotism group that threatening the country.

Like Obi-Wan Kenobi, The Falcon and the Winter Soldier is all about saving the world from immense evil with characters who might not always believe that they’re the ones who should be dealing with such battles. 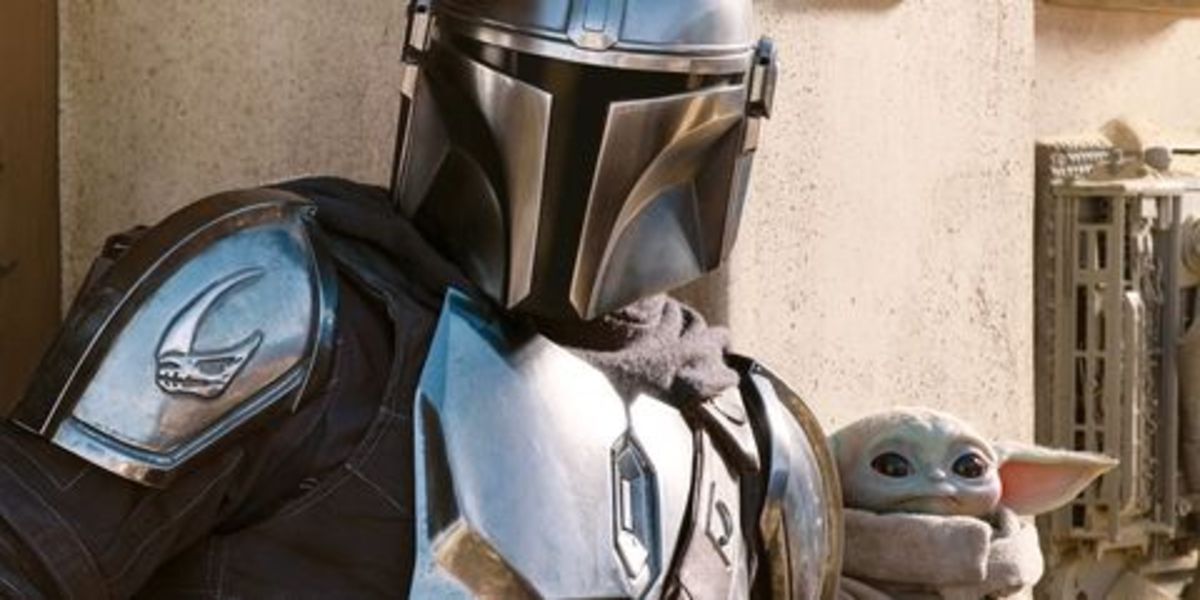 The Mandalorian marked Disney+’s first Star Wars series and instantly became a hit for the franchise and streaming service. Set five years after the events of Episode VI – Return of the Jedi, the series follows lone Mandalorian Din Djarin on the outer rims of the galaxy who is hired to retrieve the child Grogu. What originally starts a mission becomes even more important when Din learns how sought after Grogu actually is. 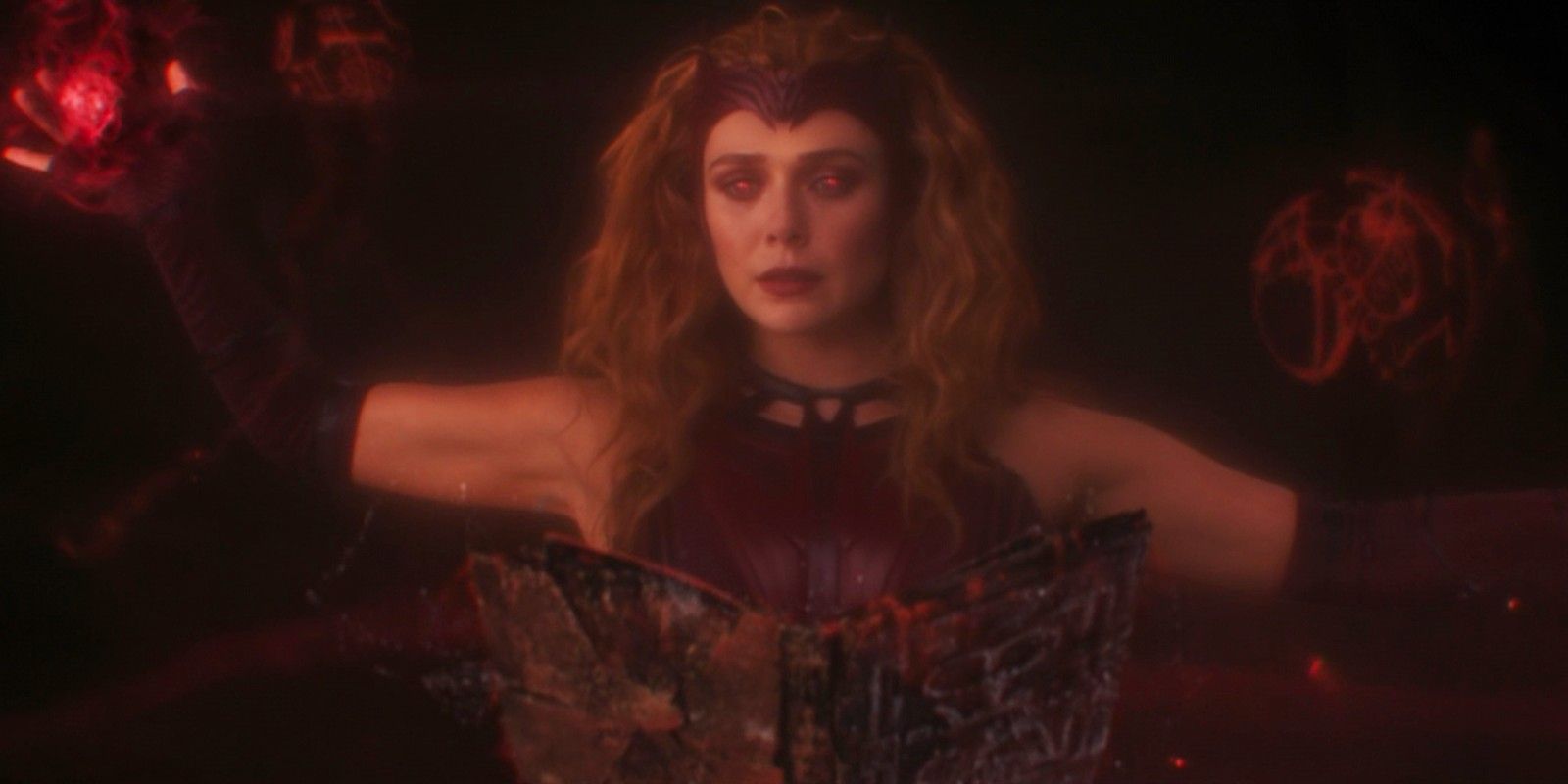 WandaVision marked MCU’s first Disney+ original series, and it did not disappoint. In fact, many fans want more of the show despite it being slated as only a miniseries. Set shortly after the events of Avengers: Endgame, WandaVisions follows Wanda and Vision who are trying to live a normal life in the suburban town of Westview, New Jersey. However, the couple quickly discovers that things might not be what they seem.

WandaVision is full of twists and turns just like Obi-Wan Kenobi has already proven to be like. Both series focus on characters who have to hide their true identities and who are also learning that the realities they’ve believed might not be as real as they seemed.