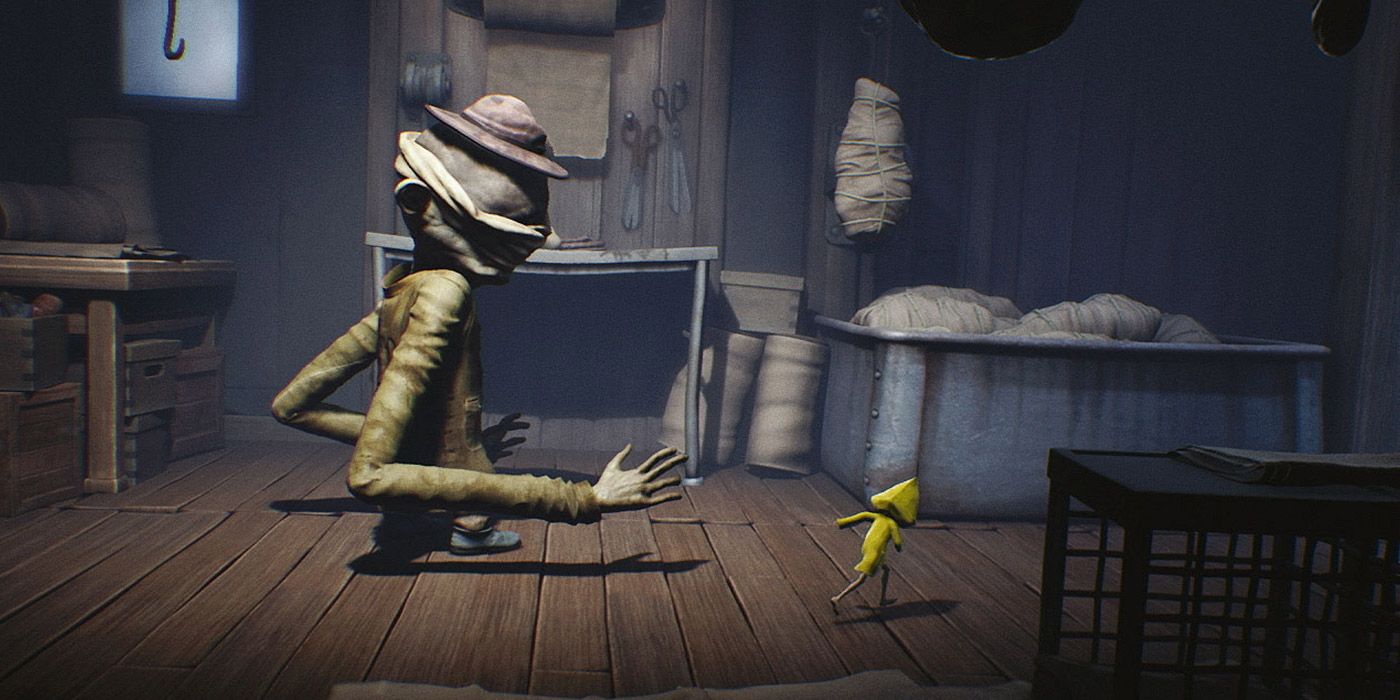 Little Nightmares is a horror puzzle platformer that exploits people’s childhood fears. The player plays as a very tiny girl in a yellow raincoat named Six. She must traverse through an impossibly large structure seemingly beneath the waves of the ocean. However, she isn’t alone and has to confront abominable monsters in the shape of familiar human beings.

The game shares many similarities to Silent Hill in terms of surreal imagery. The places make no sense in a physical space, and the creatures are all misshapen nightmares that remain recognizable as “human beings”. Think “Silent Hill” as animated by Studio Ghibli.

The Evil Within Franchise 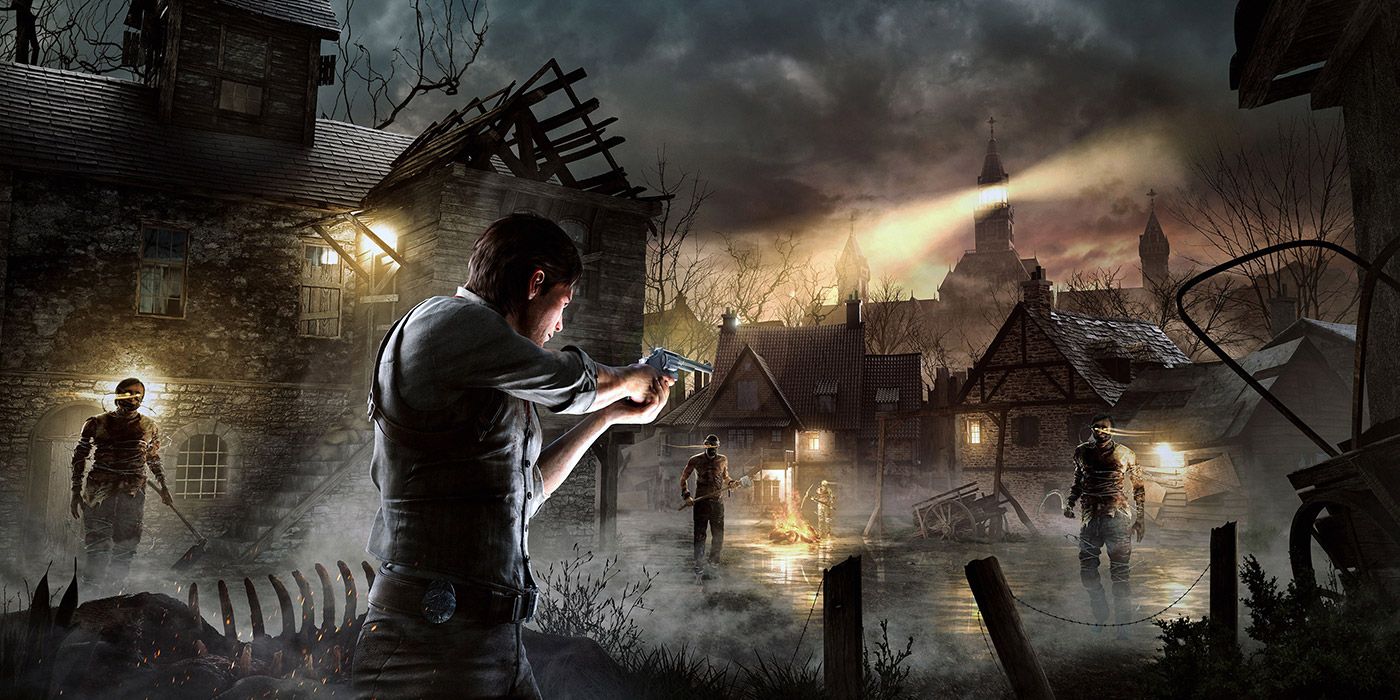 The Evil Within is a third-person action-horror game created by the legendary game producer Shinji Ikari, the man behind the Resident Evil franchise. This time around, he’s turned his sights on more psychological horrors instead of biological ones. The Evil Within follows Sebastian Castellanos, a detective who is investigating a mass homicide in a local mental hospital.

As they explore the building, however, they uncover a serial killer with reality-warping powers at the center of it all. The game has an action similar to later Resident Evil titles but also features psychological horror and surreal enemy designs similar to their “rival” horror franchise. 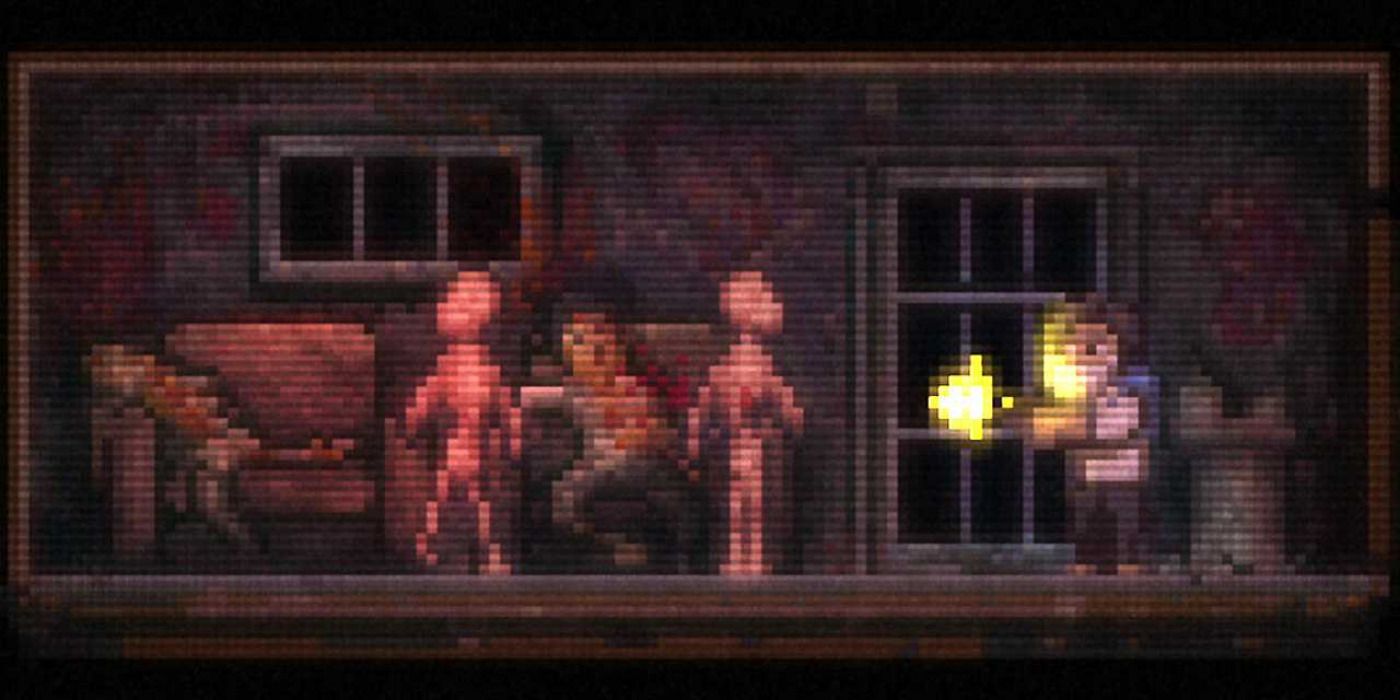 Lone Survivor is a 2D pixelated Survival Horror/Adventure game that takes place after some kind of apocalypse.  The player, simply known as “You”, must find a way to escape the city while surviving day today. However, the monsters aren’t the only thing the player has to contend with.

Lone Survivor is similar to Silent Hill in one important aspect: isolation. While there are monsters, and there are “people” that “You” can interact with, they are all hostile or mysterious. None could be considered a true “friend”, and just as much as the monsters, players have to deal with the crippling isolation of this terrifying world. 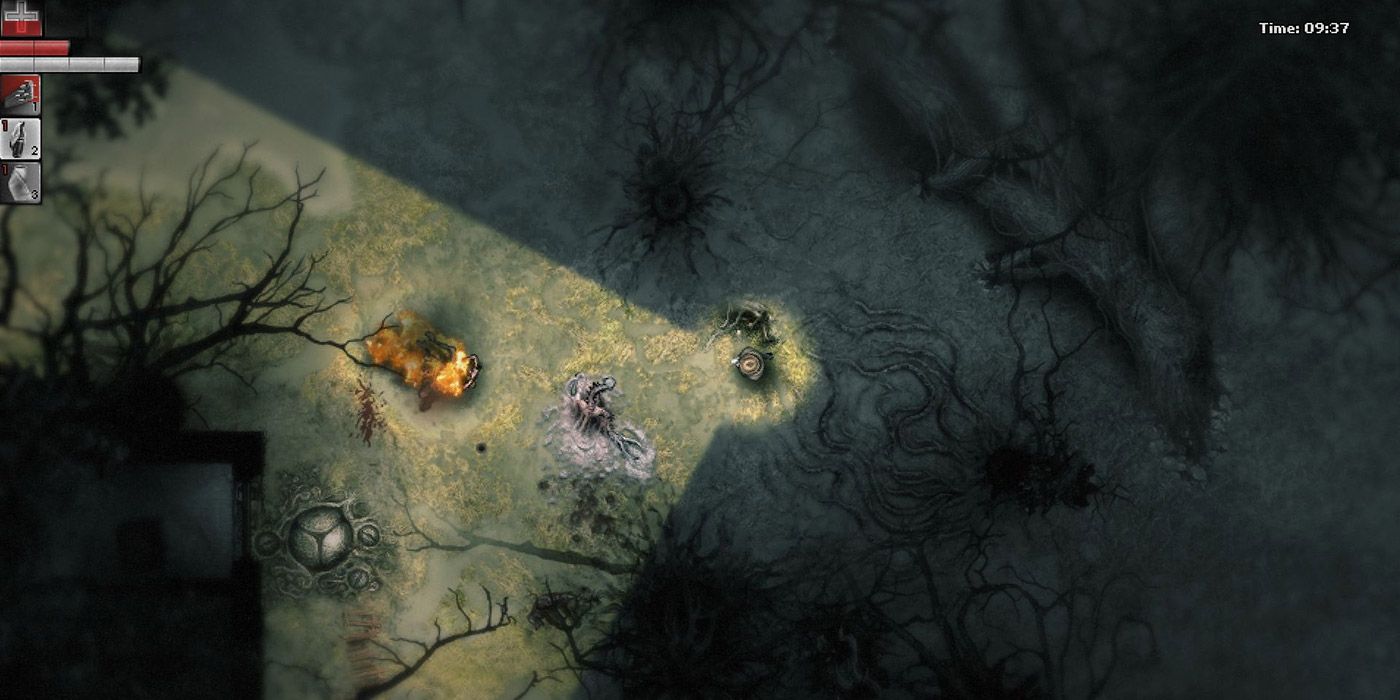 Darkwood is a top-down 2D survival horror game set in a Polish forest in 1987. A plague has ripped through the area, changing all it envelops into horrible monsters. The player, simply known as the Stranger, is awakened by a mysterious doctor who seems to think the Stranger knows something about the plague.

The game has a very unique take on the horror genre by virtue of its perspective. The top-down view means you can only see details in the environment when you are directly looking at it. Otherwise, you are surrounded by a gloomy, dark forest. The Silent Hill aspect comes from the lack of real “jump scares”, relying on ambiance to set the player at unease. 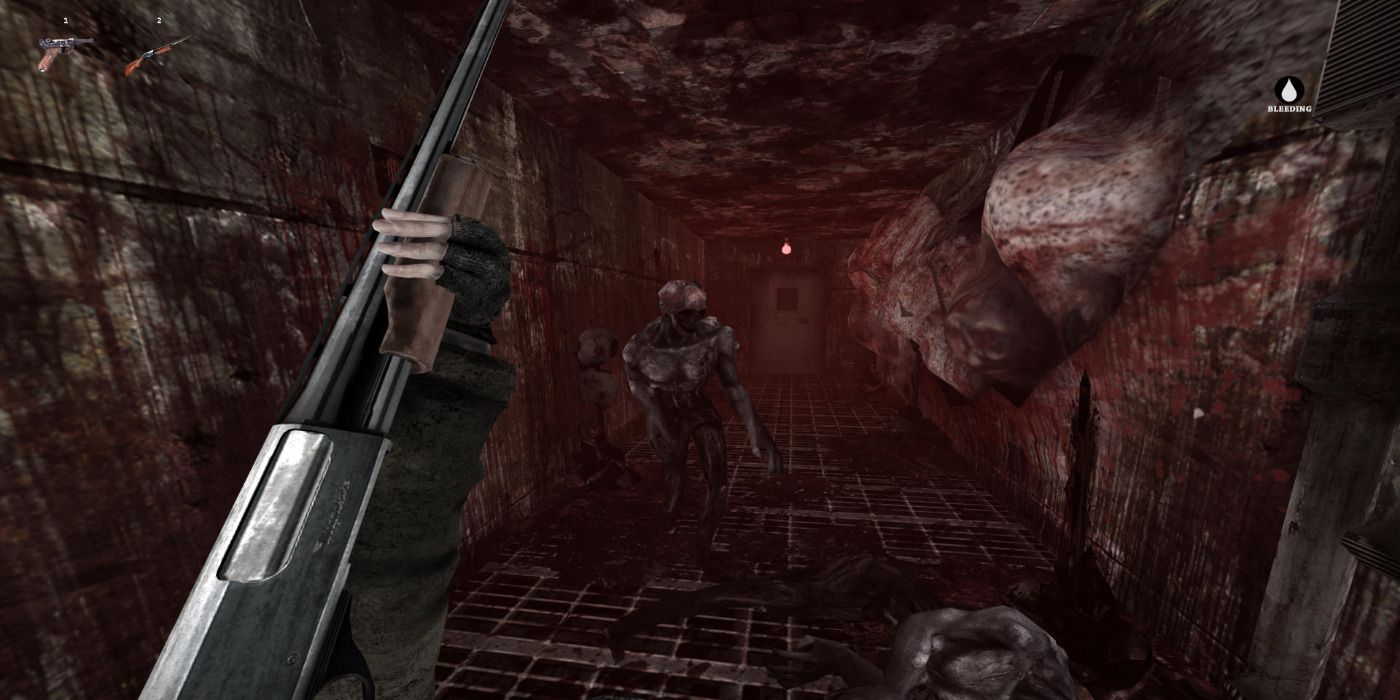 Total Chaos is a first-person survival-action mod for the game Doom II. Yes, the Doom II that ran on 90s PCs. The story focuses on a nameless man who has gone to an abandoned mining colony for unknown reasons. There, he finds all the inhabitants twisted beyond human recognition, and he must seek the answer to all these horrors.

Total Chaos was made by a single man over the course of many years. Using a modified version of the Doom II engine allowed him to accomplish feats such as 3D models and 360 vision movement in the ancient engine. The game is all dark grays and reds, oppressively cynical and with every step forward, an impending sense of doom, not victory, accompanies the player. 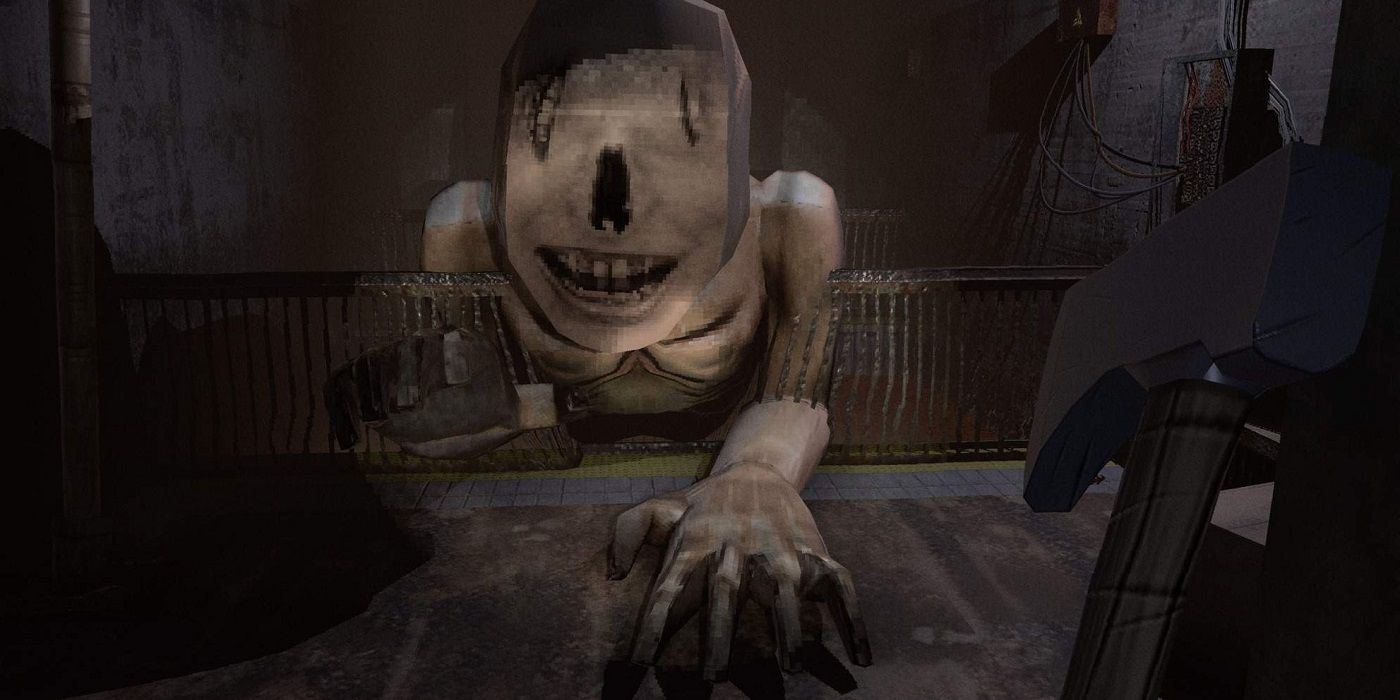 Lost in Vivo is a first-person indie horror exploration game about a person who loses their dog when it runs into a sewer drain. In their attempts to find their dog, they find themselves trapped in a cramped, labyrinthian maze full of horrors beyond human comprehension. Still, the player moves on, hoping to find the last semblance of hope in the dark tunnels.

The game Lost in Vivo is immersed in claustrophobia and eldritch horror. It also evokes the same uncanny aesthetic that the old Silent Hill brings via the retro PS1 graphics. The poor textures actually help make the world feel more “real” but corrupted, a common phobia exploited by Silent Hill. 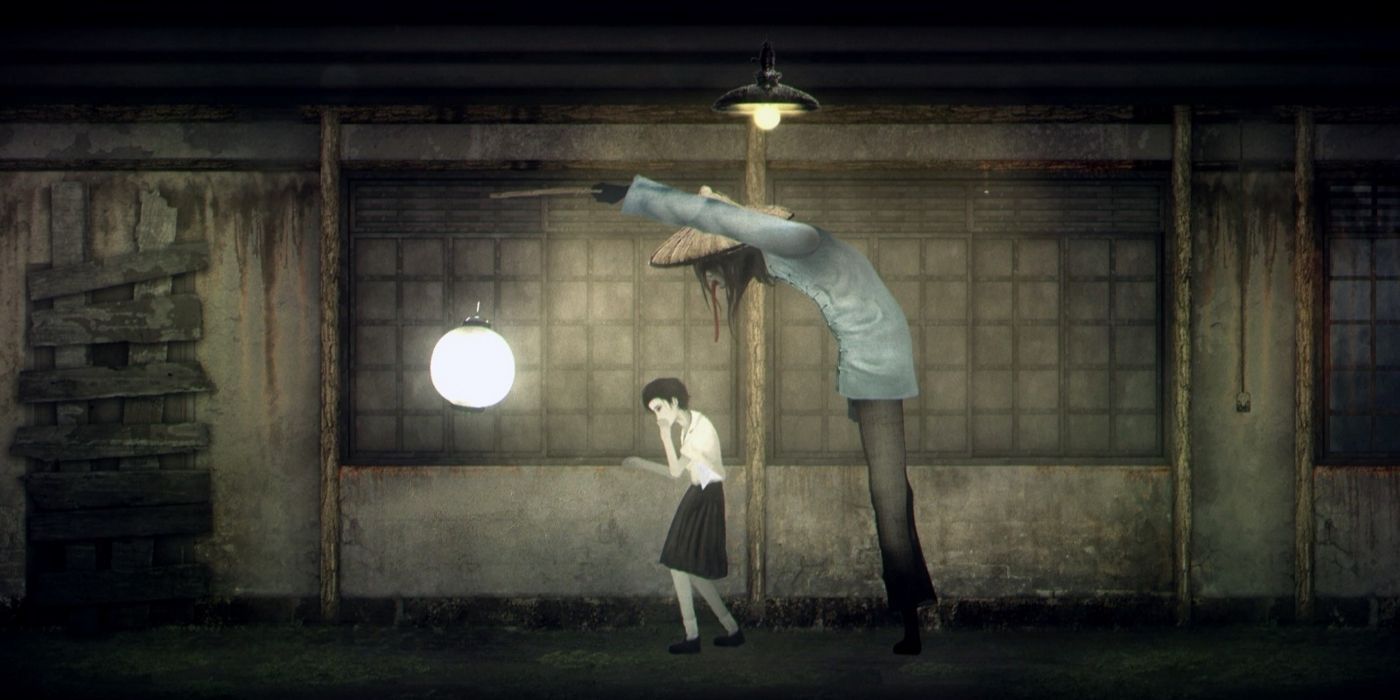 Detention is a Taiwanese 2D point-and-click side-scroller indie horror game set in the 1960s. Wei Chung Ting falls asleep in the middle of a lecture on a boring day at school. When she awakes, the classroom is empty, and a hasty typhoon warning is scribbled on the blackboard. The more she explores the empty school, the more her situation is warped by powers beyond her understanding.

Detention is a game that combines supernatural horror with the very real horrors of martial law in 1960s Taiwan. The psychological aspect is also strong here, dealing with themes of guilt and betrayal, sins that have far greater consequences in a country gripped by an authoritarian regime. 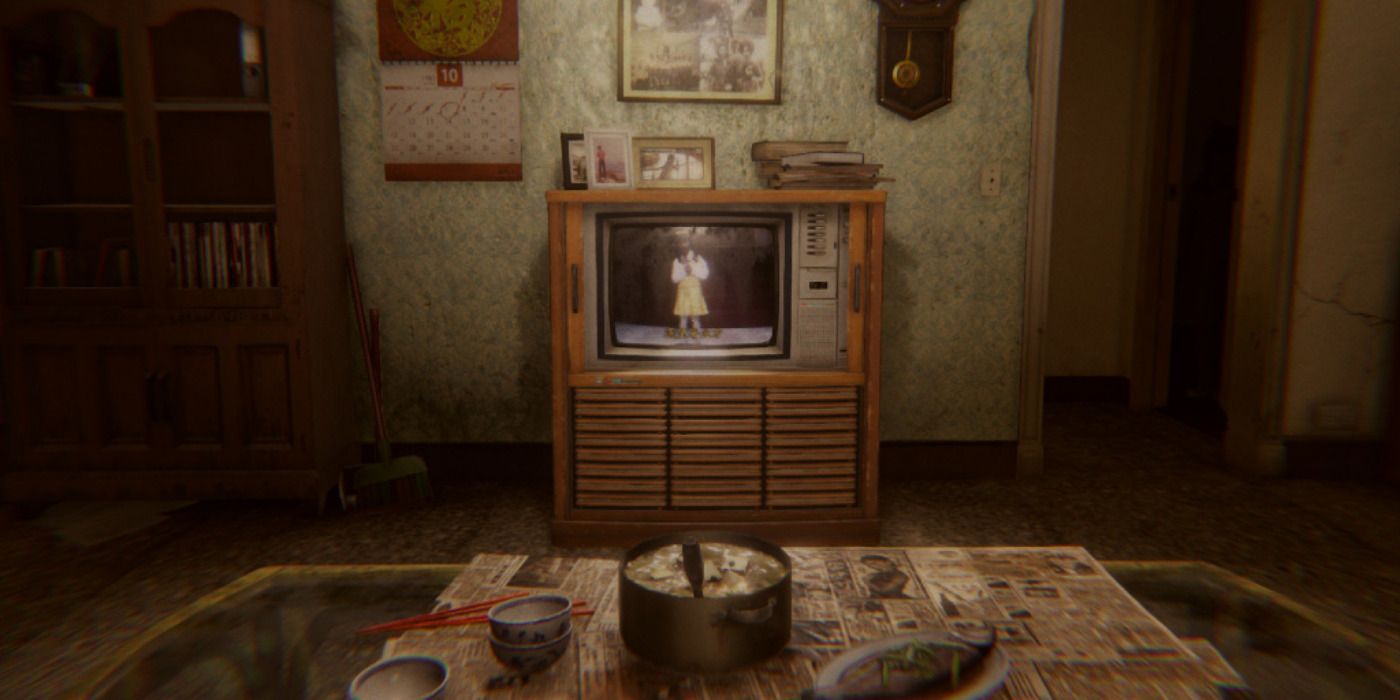 Another game from the same people who developed Detention, Devotion is a first-person exploration horror game that takes place in 1987 in Taipei.  The player character is Du Feng Yu, a screenwriter who is about to have dinner with his wife and daughter. However, when he blinks, the apartment becomes a wreck, and his family is nowhere to be found.

Now, he must find out what has happened to his family, all while avoiding a ghostly stalker.  Devotion, much like many Silent Hill games,  is an exploration of the main character’s guilt. Themes of toxic masculinity, depression, abuse, and regret abound in Devotion, and it does not hold back in its depictions. All wrapped in Devotion‘s own haunted house. 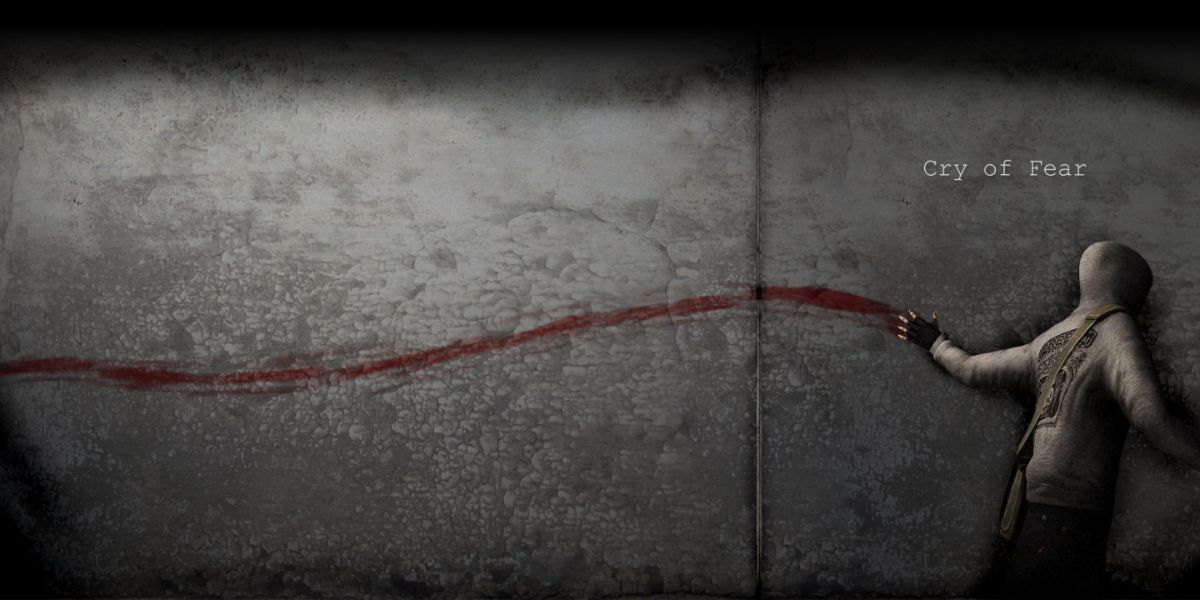 Cry of Fear is an indie survival-horror game that might be familiar to those who watched a lot of YouTube back in the early 2010s. The game focuses on a young man from Stockholm who finds the city completely devoid of human life. However, more sinister creatures have taken their place, and the man must find his way home by any means necessary.

Cry of Fear, much like Total Chaos, is a mod of an existing game (in this case, the original Half-Life), and manages to pull off some impressive scares with the limited tools at its disposal. The town of Stockholm is lovingly recreated, then shattered to become a terrifying nightmare. Cry of Fear perfectly captures the uncanny feeling of walking alone at night looking for monsters in the dark. Only this time, the monsters are very real. 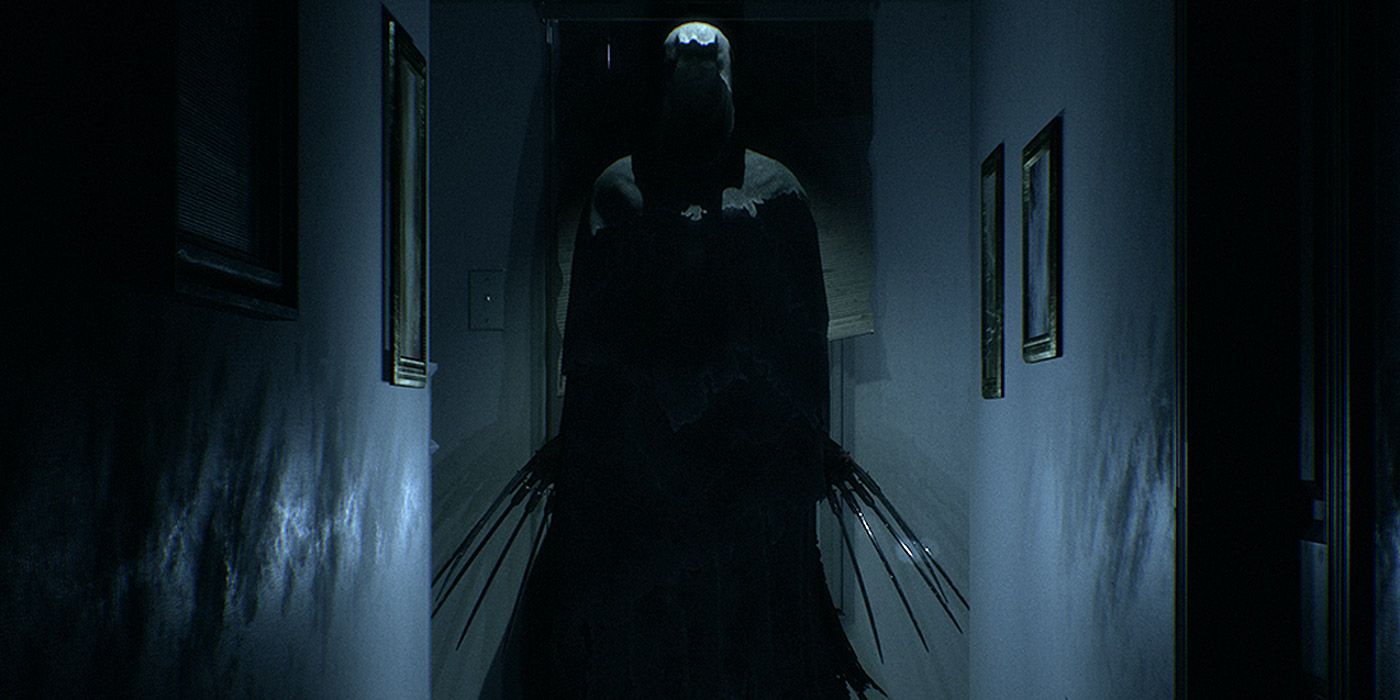 Visage is a psychological first-person horror game set in the 1980s. The player character is Dwayne Anderson, a man trapped in a deserted house where a grisly murder of a family occurred. He must traverse the house and all of its dark corridors to find a way out and uncover its mysteries.

If that sounds exactly like P.T., then the game did its job perfectly. The developers of the game have been very open about their goal: to be a spiritual successor to P.T. In fact, it’s so steeped in its inspirations that there’s a Silent Hill 4 easter egg in the game proper. If that’s not inspired by Silent Hill, then nothing is.