Amazon’s Fire TV Cube is a TV streaming device that works much like a regular Fire TV paired with an Echo Dot. This means you can stream video and music from all your favorite services, but you can also control it completely hands-free. It supports 4K video and high dynamic range (HDR) and can interact with wireless security cameras, and can even control devices like TVs and sound bars through voice commands.

What is the Fire TV Cube?

The easiest way to understand what a Fire TV Cube is and what it has to offer is to imagine a Fire TV 4K, Echo Dot, and an infrared (IR) blaster combined into one package. This is equivalent to a TV streaming device that responds to voice commands and also allows you to control a wide variety of other devices with voice commands.

Since all of these features are combined into one device, it’s much easier to set up and use a Fire TV Cube than it is to run a Fire TV 4K, Echo Dot, and IR blaster together. This is especially true when it comes to the IR blaster, as these devices tend to be expensive, difficult to set up, and sometimes require a separate hub to use with Alexa.

Here’s everything that’s included in the Fire TV Cube box:

The inclusion of an Ethernet adapter is a nice touch, allowing you to stream over a wired connection if your Wi-Fi is spotty. This is especially important if you’re streaming 4K video, which consumes a lot of bandwidth.

The IR extender cable is also great to have on hand if some of your devices are located inside a booth or media center. Basically, this extends the range of the built-in IR blaster to where you need it.

The only thing Amazon left out is an HDMI cable, so if you don’t have any more on hand, you’ll need to buy a new one before you can use the Fire TV Cube.

How is the Cube different from the Amazon Fire Stick and Fire TV Box?

Amazon has released a host of different devices under the Fire TV name, and they all basically do the same thing: stream media to your TV. The Fire TV Cube does more than all the others, but it’s still just a Fire TV Box and Echo Dot repackaged in a sharp-edged form factor. 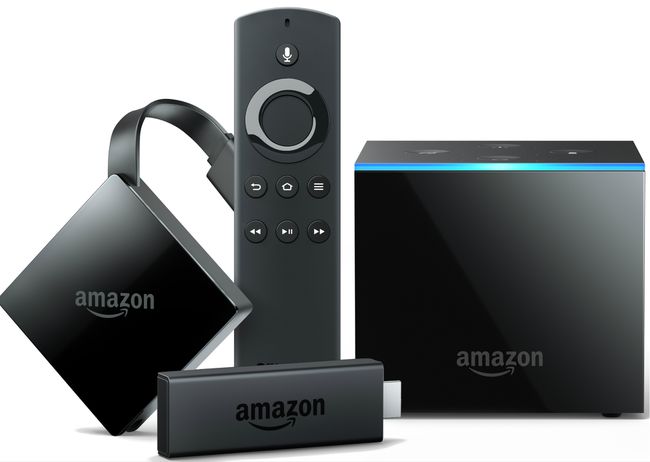 The biggest difference between the Fire TV Cube and all other Fire TV devices is that the Cube basically has Echo hardware. The built-in speaker is extremely anemic compared to a full-size Echo, but it’s fairly Dot-compatible and is only used when your TV isn’t on.

The other big difference is that the Cube has a built-in IR blaster, which none of the other Fire TV devices have. This allows the Cube to control cable boxes, Blu-ray players, sound bars, and most other devices that work with an infrared remote.

In terms of hardware and streaming capabilities, the Cube is more powerful than the Fire TV Stick, but it actually has the same processor as the previous Fire TV Box. This means that a Fire TV 4K and an Echo Dot, working together, can deliver a similar experience to the Fire TV Cube, just without the Fire TV Cube’s built-in IR Blaster.

How do different Fire TV devices compare to each other?

All the different Fire TV devices serve the same basic purpose, and you can use them all to watch video content from Amazon Prime Video, Netflix, and other sources. However, they are not based on the same hardware, so they have slightly different capabilities.

It all boils down to the fact that the Fire TV 4K and Fire TV Cube are a bit faster than the Fire TV Stick, so you may notice that menu navigation on more expensive devices feels a bit snappier.

If you want a deeper look under the hood, here are the detailed specifications for each Fire TV device:

What can Fire TV Cube do?

With all of these capabilities, the Fire TV Cube is positioned to form the heart of your home theater setup, giving you hands-free control of everything from your TV to your cable box, A/V receiver, Blu-ray player, Ray and anything else. that would normally require a separate remote.

Since the Fire TV Cube has the functionality of an Echo, it can also control smart home devices like light bulbs, switches, power outlets, and thermostats.

At its core, the Fire TV Cube is still a streaming device. It includes the same streaming features found on other Fire TV products, so you can use it to watch TV shows and movies on services like Prime Video, Netflix, Hulu, and even YouTube if you install one of the optional web browsers.

Fire TV Cube is compatible with streaming TV services like Sling TV, so cord cutters can use it to stream live TV. And if he hasn’t cut the cord yet, you can teach him how to control his cable box so he can say “Alexa, turn on ESPN” and watch as he turns on his cable box, switches to the correct input, and changes chains.

If you have a compatible wireless security camera, the Fire TV Cube can also connect and display a stream directly on your TV.

How to use the Fire TV Cube IR Blaster

Aside from having Alexa built in, the inclusion of an IR blaster is the biggest difference between the Fire TV Cube and competitors like Apple TV and Chromecast. The Fire TV Cube can control some TVs directly through the HDMI connection, but for everything else it relies on the exact same IR technology used by most remote controls.

When looking at a Fire TV Cube, you can’t see the IR blaster. The cube’s mirrored black surface hides several LEDs, which are the same type of LEDs found in remote controls. When you ask the Cube to turn on a device like your soundbar, you can see the LEDs flashing through the camera lens, but not with the naked eye.

Using Cube’s IR blaster is extremely easy and you can learn to control many devices through a largely automated process. If you’ve ever set up a universal remote and gone through the tedious process of entering dozens of different codes to program it, that’s not how the Cube IR Blaster works.

To set up the Fire TV Cube’s IR blaster to control a device, such as a sound bar, here are the basic steps:

You will need your Fire TV Cube remote and your device’s remote to complete the process.

Fire TV Cube is a great device if you don’t already have a 4K streaming device or want to be able to control all your devices with your voice. However, voice commands have some limitations.

While you can use your voice to control the Cube itself, and can even use voice commands in apps like Netflix to search, play, rewind, and pause content, voice commands still aren’t that robust. than the usual interface that you can navigate with the included remote control.

In some cases, you may need to pick up the remote to click menus. For example, you can launch Netflix with a voice command, but there doesn’t seem to be a way to select a profile if your account has multiple profiles set up. Other menus and on-screen prompts also require the remote, but most of these issues could be fixed with firmware updates to improve Alexa integration.

The remote is also needed to install new equipment, so if you lose it in your sofa cushions, you’ll need to buy a replacement sooner rather than later.

Volume control is another limitation that could probably be fixed with a firmware update. With Echo, you can tell Alexa to set a specific volume level, in addition to just asking for a higher or lower volume. The Fire TV Cube can only increase or decrease the volume in set increments. Therefore, if you want to go from low volume to high volume, you have to give the command several times.

The physical controller is identical to the Alexa voice controllers that come with other Fire TV devices and still doesn’t have volume buttons.

Fire TV Cube works with most TVs, sound bars, and other equipment designed to use an infrared remote control. There are exceptions, so Amazon has a compatibility site you can check to make sure the Cube is a perfect fit for your current setup. 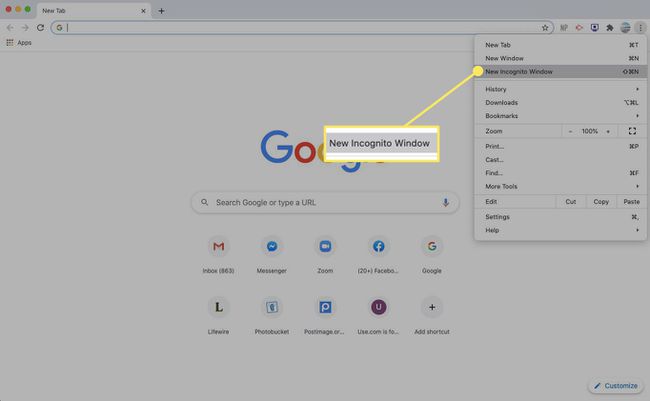 How to Turn on Incognito Mode in Your Browser 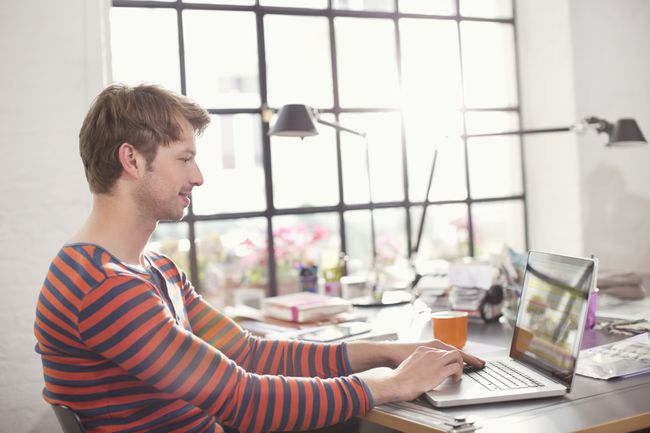 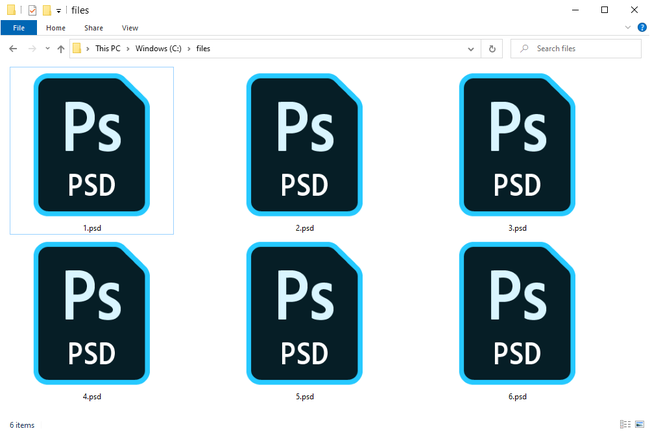 What Is a PSD File?

Use Multiple, Arranged, or Split Windows in Microsoft Office

How to Use a Mobile Boarding Pass 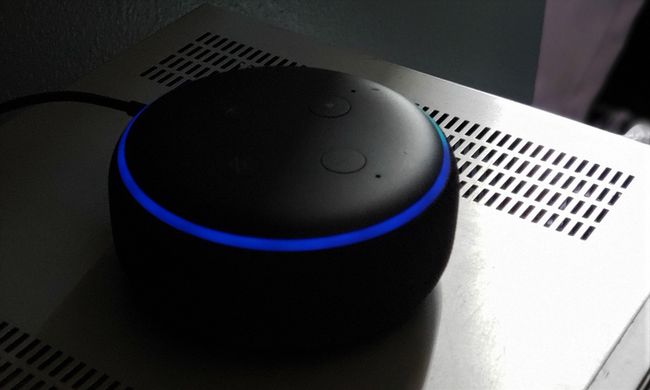 How to Turn Off an Echo Dot

Fire Stick Keeps Restarting? How to Fix the Problem 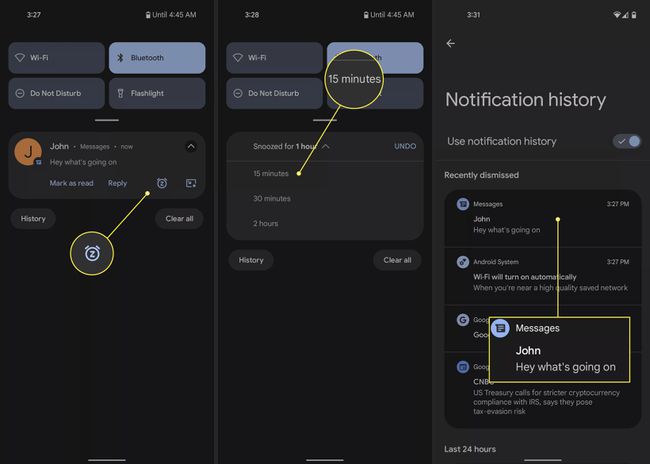 How to Snooze Notifications in Android 12