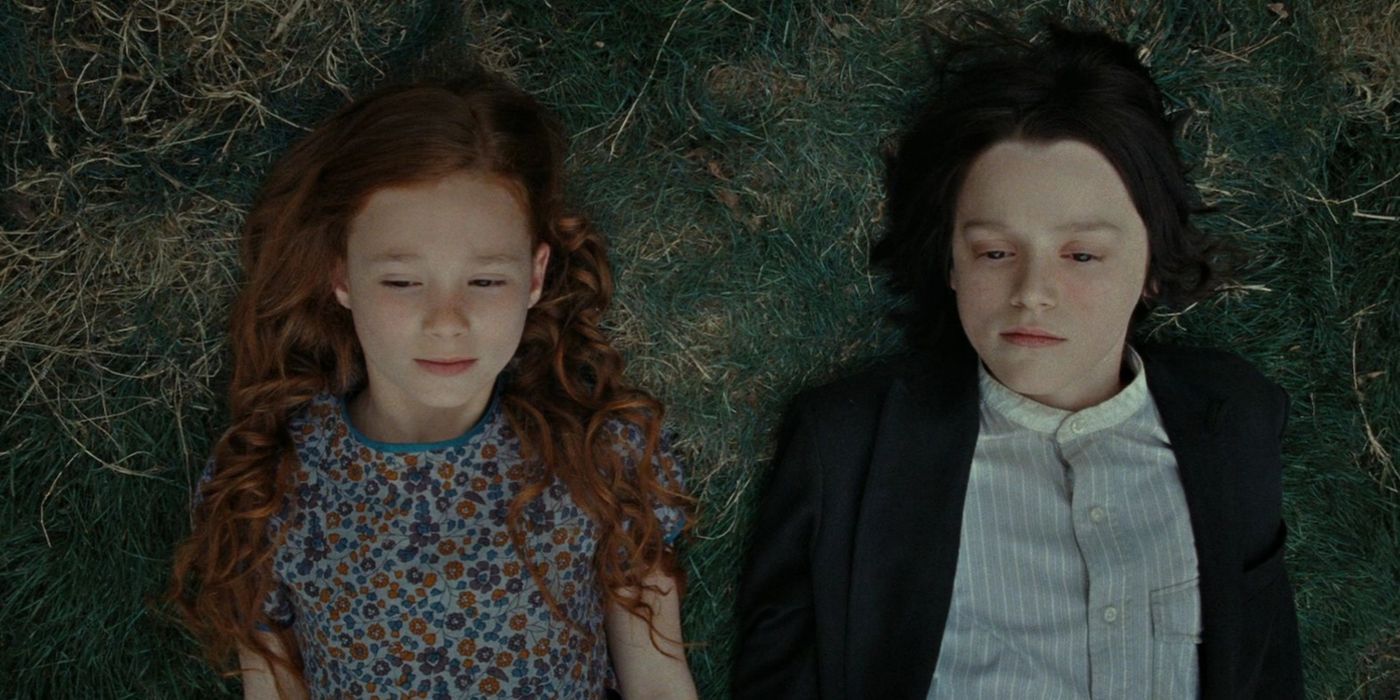 Snape’s character has always been surrounded by controversy after Harry Potter and the Deathly Hallows, however, that doesn’t prevent him from being the subject of many non-canonical ships.

The Snily ship is one of his most popular – and appropriate – pairings. Redditor FrancisTheFig mentioned that Snily was their “OTP back in the day, and I liked going through the redemption of Snape and seeing the growth in his character to become someone worthy of Lily,” which is what many other Snape fans also love about this ship. 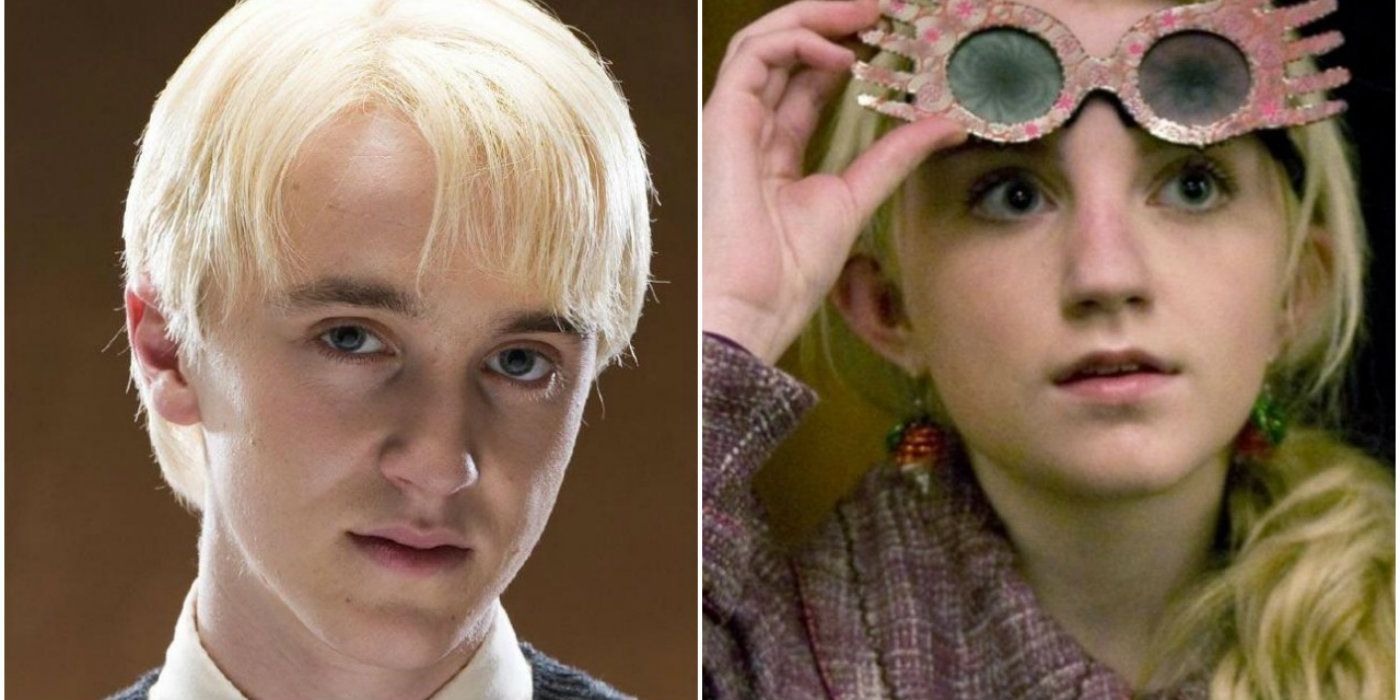 Although Draco and Luna don’t have as many meaningful interactions in the Harry Potter series as other ships, their clashing personalities – with Draco being one of the most evil characters of the movies and Luna’s overwhelming kindness – and their potential are what make them a wishful pairing.

Redditor NotAFishYouCanCatch remarked that they “can totally see Draco trying to be nasty to her, and her not taking the bait because she’s Luna, and Draco feels uncomfortable when she won’t rise to his words and fight back… I can see them in that ‘angry, sarcastic dude that no one really likes with the sweetest girlfriend ever’ trope.” 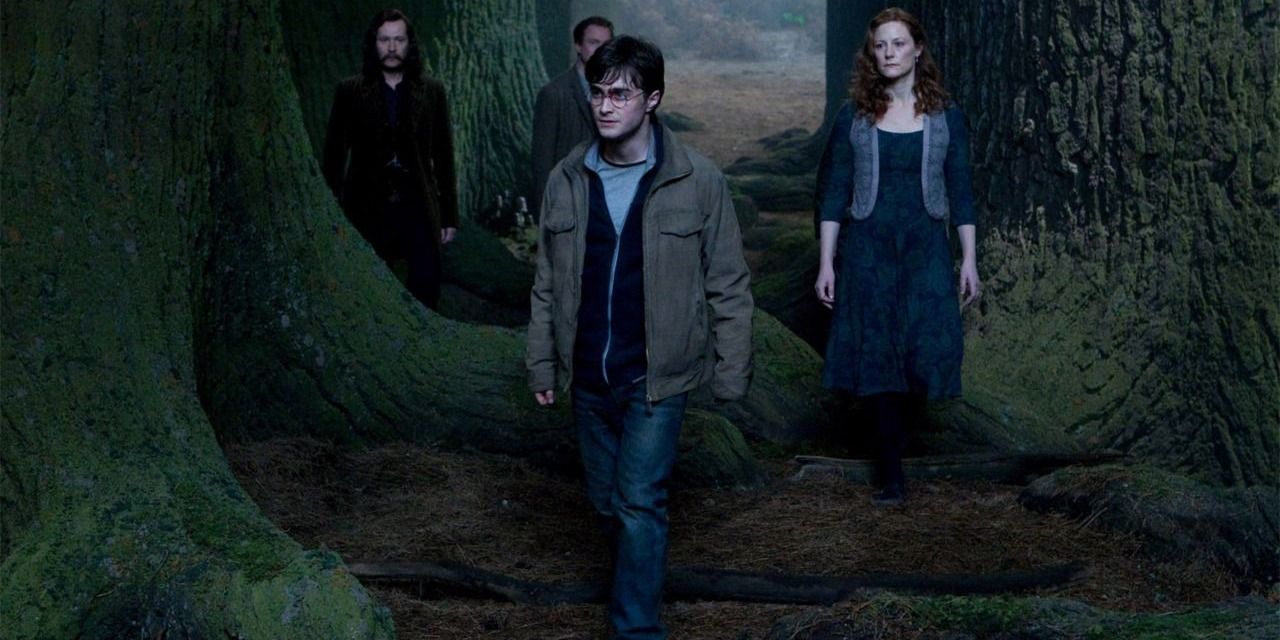 Despite Wolfstar and Jily being far more popular ships for these two, it’s undeniable that Sirius and Lily would have been a great romantic duo to witness, especially given their initial mutual disinterest.

Reddit user muted90 notes that Harry Potter and the Order of the Phoenix really made them think about this ship and that they “just like that dynamic: two unimpressed and uninterested people accidentally and reluctantly seeing something worthwhile in each other.” 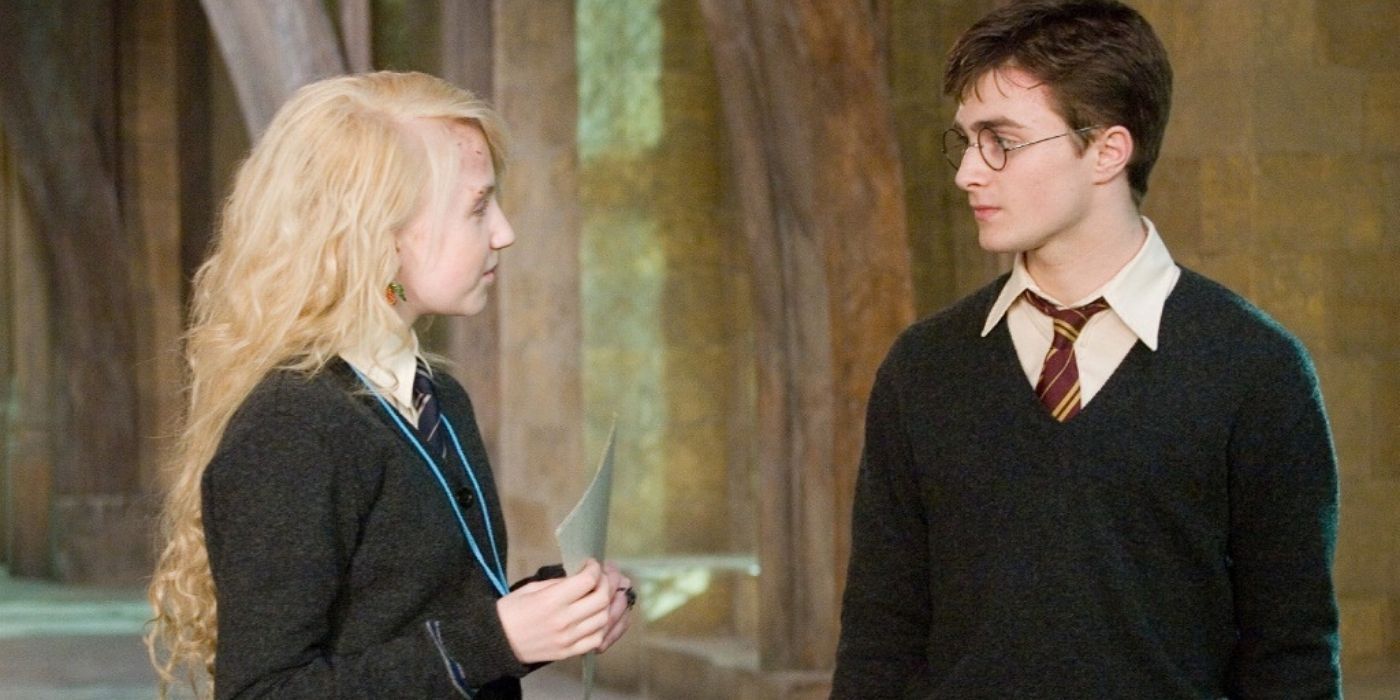 Although it is more greatly explored in the books, Harry and Luna’s friendship is still depicted well on-screen. With her similar experiences in loss, quirky outlook, and fierce loyalties, Luna was not only arguably the best character in the movies, but also a close loved one to Harry.

But fans wished to see the two develop into something more. As Reddit user ArcadianBlueRogue mentioned, Luna “comforts him when nobody else can calm him down at the end of OotP, and is always willing to lend a hand without question. She’s loyal to her friends and treasures them… She was the perfect partner to take to Slughorn’s party.”

The Marauders contain many possible non-canon ships within them, and it seems Potterheads love each of the squad’s romantic possibilities, albeit unequally. After the super popular Wolfstar, Prongsfoot is another favorite.

Redditor InfectedLegWound commented that they think “it’s a ship that easily could fit into their canon personalities, which is something I prefer even when looking for non-canon ships to write for. Plus, I think it could be cute if Sirius already when James and Lily were alive was like a second dad to Harry.” 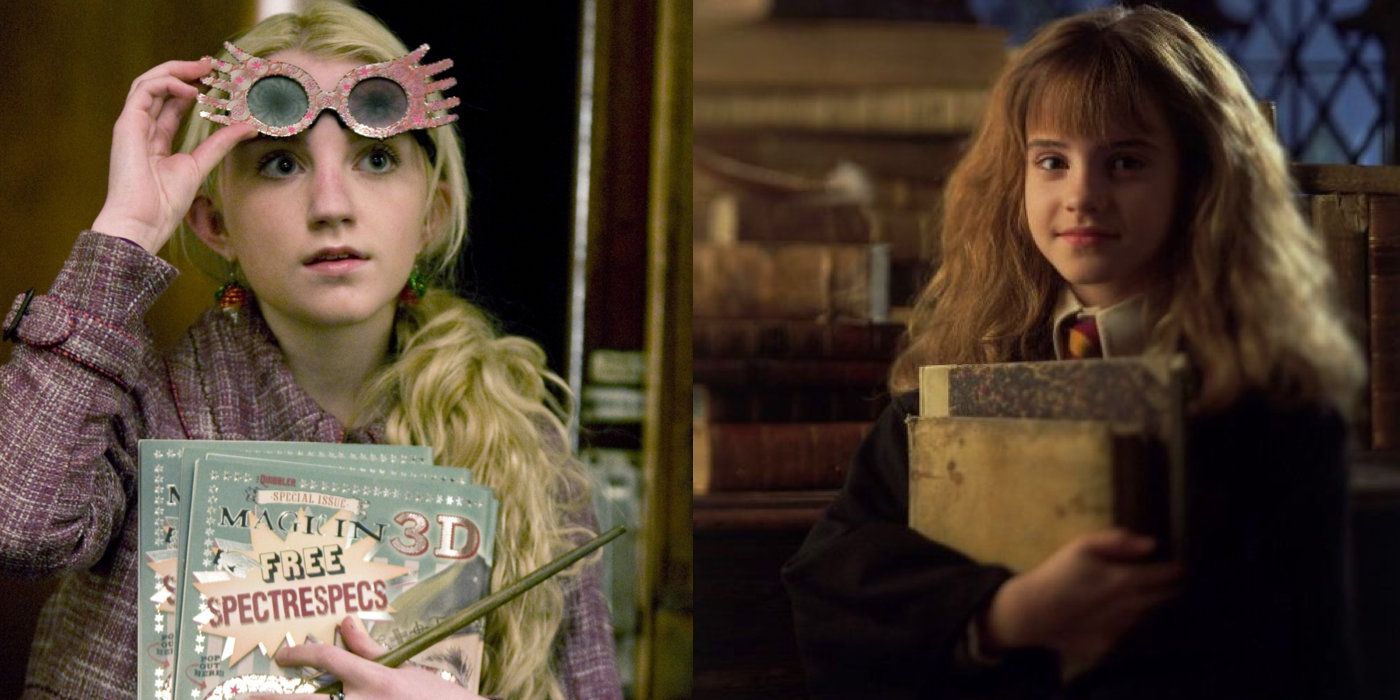 A popular pattern in Harry Potter ships seems to be having a pragmatic and serious character paired with one who is infinitely softer and a dreamer. Another ship that epitomizes this dynamic is that of Hermione and Luna.

Redditor TheLovelyLorelei explained that they love the Huna ship as they “feel like Luna’s whimsy and Hermione’s rationality/seriousness really balance well with each other. Also, I’ve just always felt like Luna isn’t heterosexual tbh.” Some fans even throw in Harry to this pairing and form the polyamorous ship, Lunar Harmony. 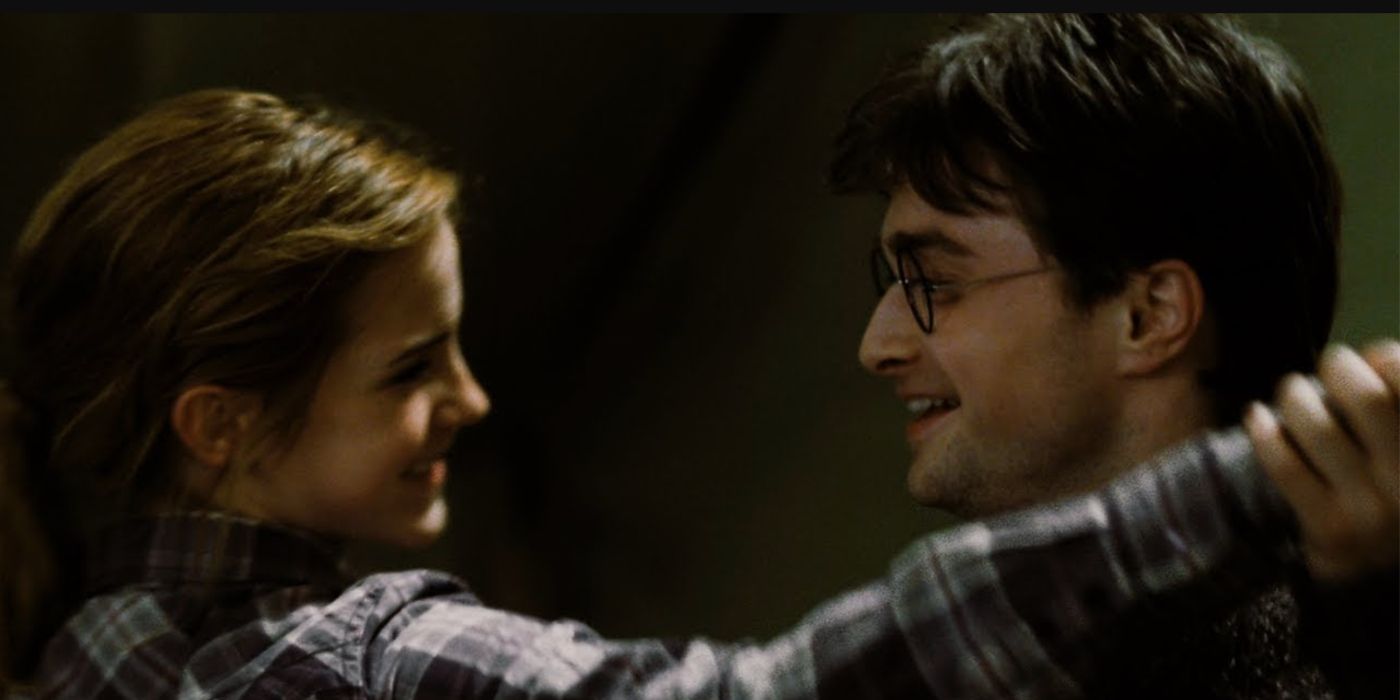 Despite the books giving a slow and fruitful build-up to Ron and Hermione’s relationship, many fans, especially movie watchers, were left disappointed that Hermione and Harry did not ultimately end up together. Especially given all the reasons why Hermione was actually Harry’s best friend that could’ve easily been more.

Reddit user bnazario enjoyed how “their love is rooted in deep friendship and trust. They seem to flow together so naturally and seamlessly that it seems they were made for each other.” Their complementing natures, unwavering loyalty, and sweet moments make Harmony one of the top non-canon ships in the series. 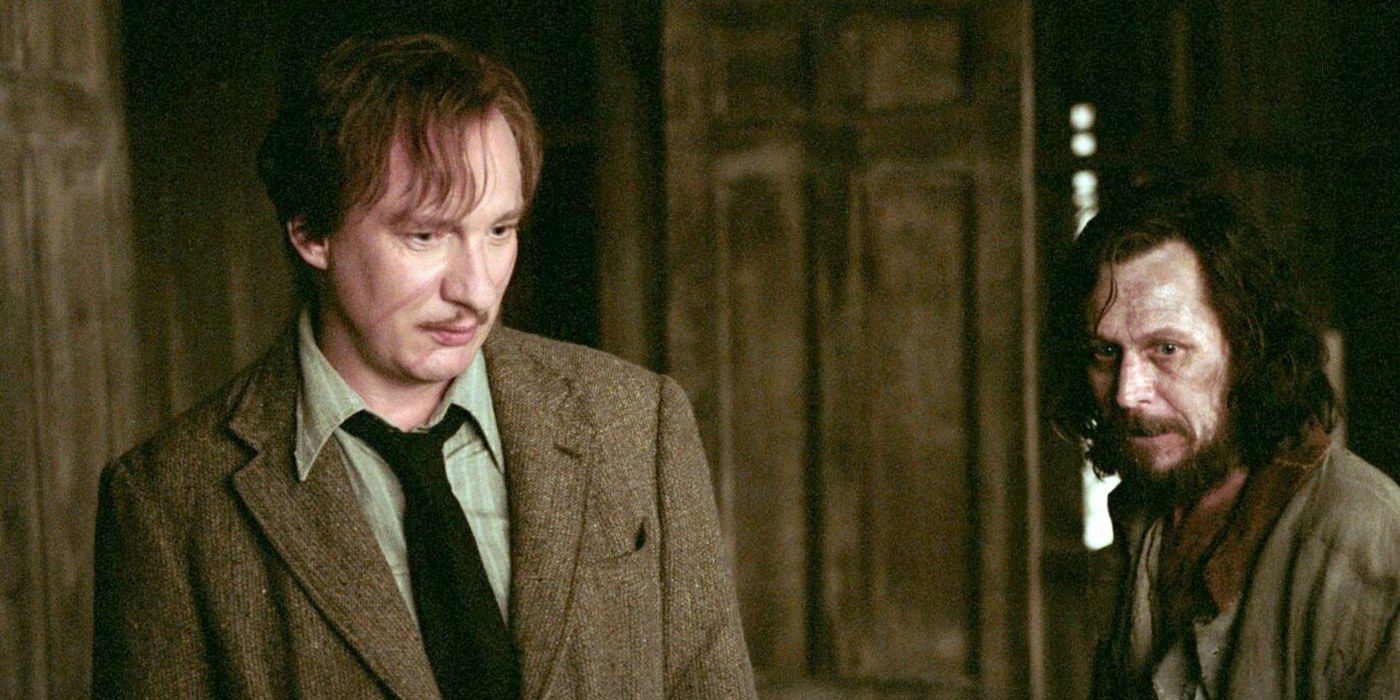 The Remus and Sirius pairing – fondly referred to as Wolfstar – is a fan favorite, particularly for lovers of the Marauders era. With their contrasting natures and young love potential, it’s no wonder Wolfstar is so loved.

Redditor ThisIsMyFanAcc “always loved the idea of Sirius and Remus finding comfort and solace together after everything they’d been through” and commented on how the non-canon ship could explain why Lupin “never seems to be happy in the later books, even when he “should” be.” 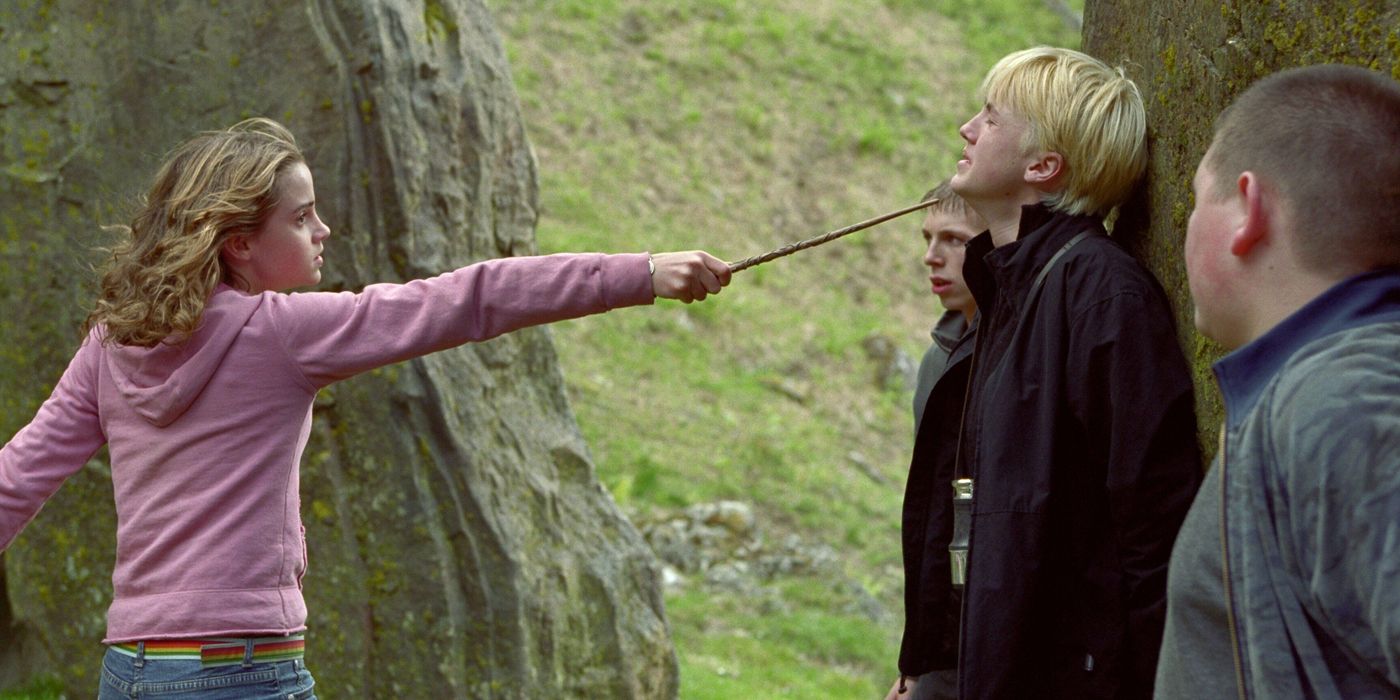 Just as Draco has his redeeming points, like him, Hermione acts as a villain many times in the series. Given their complex characterizations, parred brilliance, hatred-filled past, and Draco’s actions in Harry Potter and the Deathly Hallows, it makes sense why Dramione is one of the favorite non-canon ships.

Reddit user Mel966 summed their potential up aptly: “Hermione is the contradiction to Draco’s bigotry, and Draco is a person who… could nearly or even completely match her on an intellectual level… I find their relationship is one of facing prejudice and resolving conflicts.” As far as non-canon ships go, Dramione is arguably one of the best. 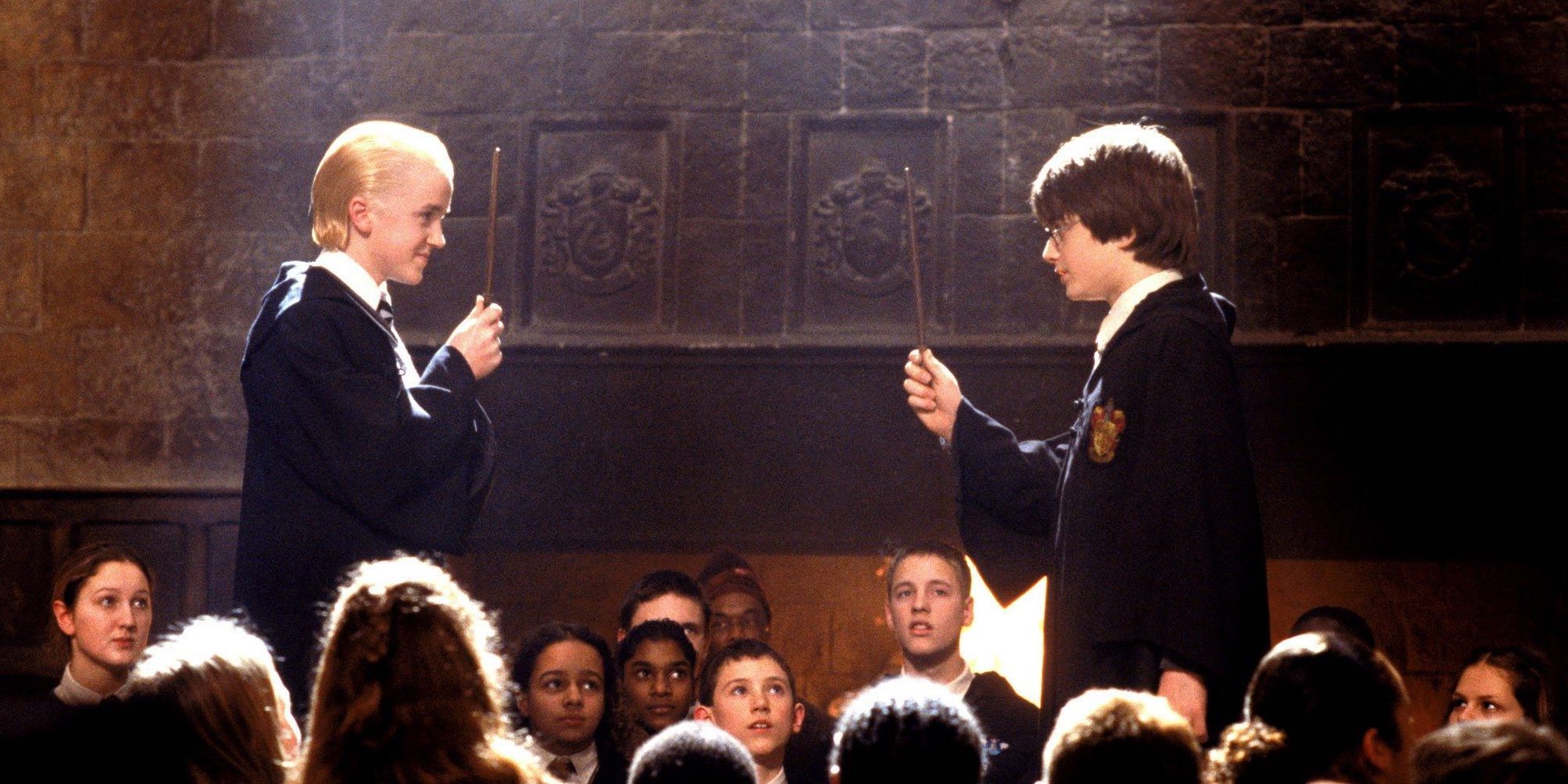 Drarry is undoubtedly one of the most popular non-canon ships amongst the Harry Potter fandom. Redditor MrsLollipop remarked that they “like the hate turned to love dynamic. Also the bad boy redemption thing. I’ve been shipping them for about 13 years and I’ve lost count of the number of fanfics that I’ve read.”

With Harry and Draco’s ongoing rivalry, complicated interactions, and enemies-to-lovers potential, it makes sense why the duo are the most popular non-canon ship and, consequently, have the most fanfics written about them.


Next
The Best (& Worst) Movie From Each Phase Of The MCU, According To IMDb

Best 22 What Are The Sides Of A Boat Called 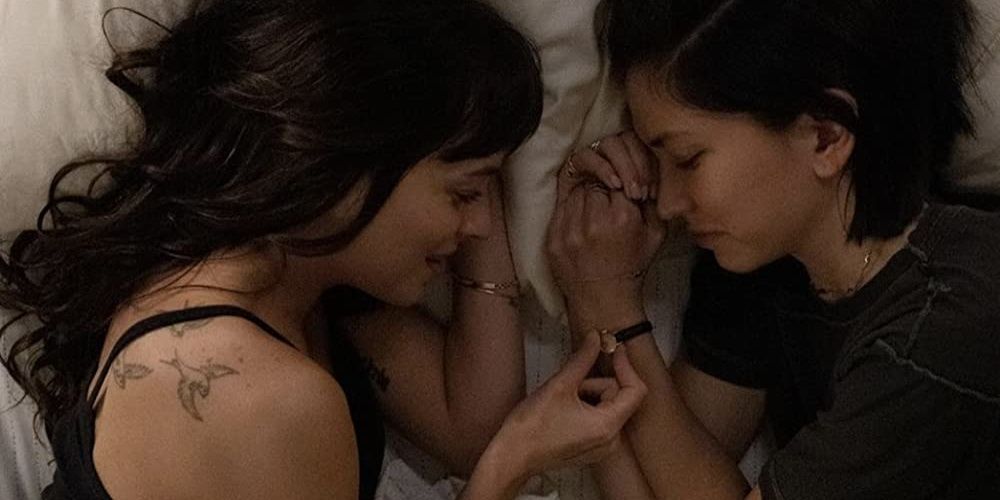 Along For The Ride: 10 Movies & TV Shows Where You’ve Seen The Cast