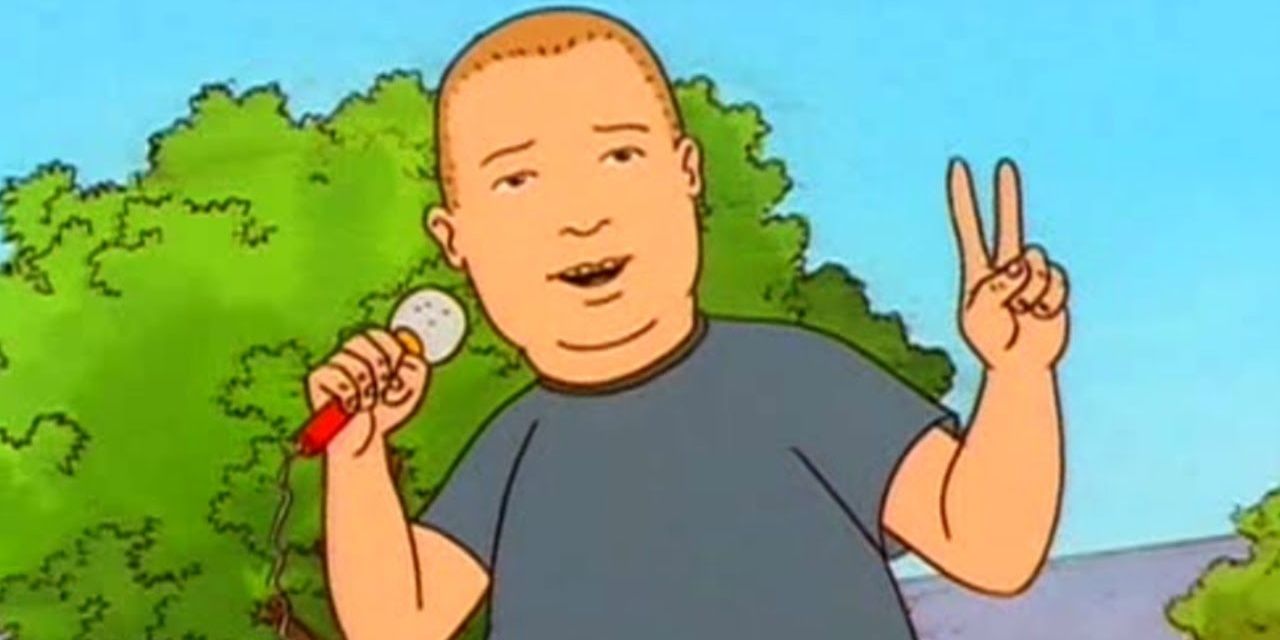 Bobby Hill has always been the odd one out of the family, much to Hank’s irritation. With the explosion of social media going on now, it would make sense that Bobby would be very into the idea, with Hank trying to steer him away from it.

But with Bobby’s shameless enthusiasm and propensity for hilarious quotes, he could easily take it one step further to become a social media influencer. Bobby could use social media as a platform for is prop comedy, and horrify Hank by participating in the newest TikTok trend, maybe even involving Peggy. Honestly, Influencer Bobby would be worth a follow on any app. 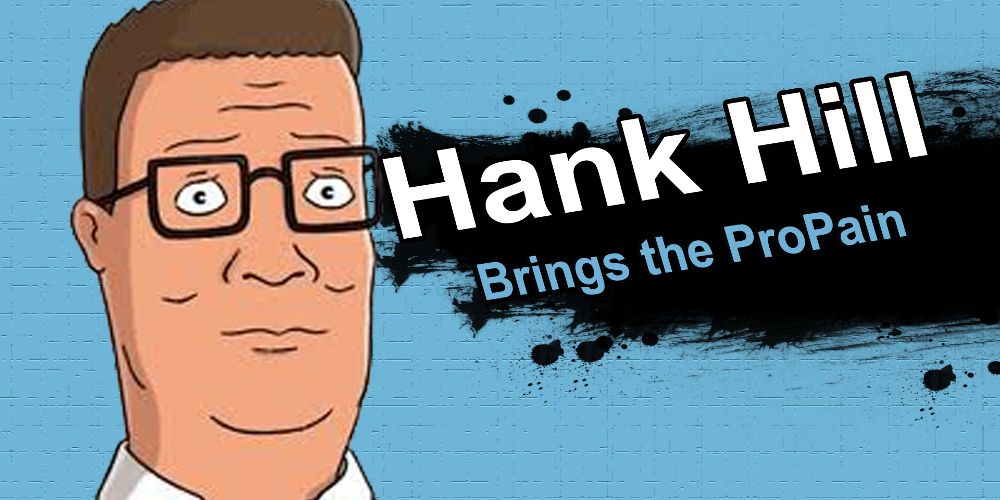 While Hank is probably disappointed that cars run on gasoline and not propane, it does beg the question of how he would react to the recent boom of electric cars. Especially with Tesla building a new factory in Texas, it would be impossible for Hank to escape the trend.

Given Hank’s skeptical nature, he would likely still be very wary of the concept of a car running on electricity, especially knowing the electricity has to come from somewhere. To make things even further, Dale and the others could team up with Hank in fear when they realize that the cars are even starting to drive themselves. 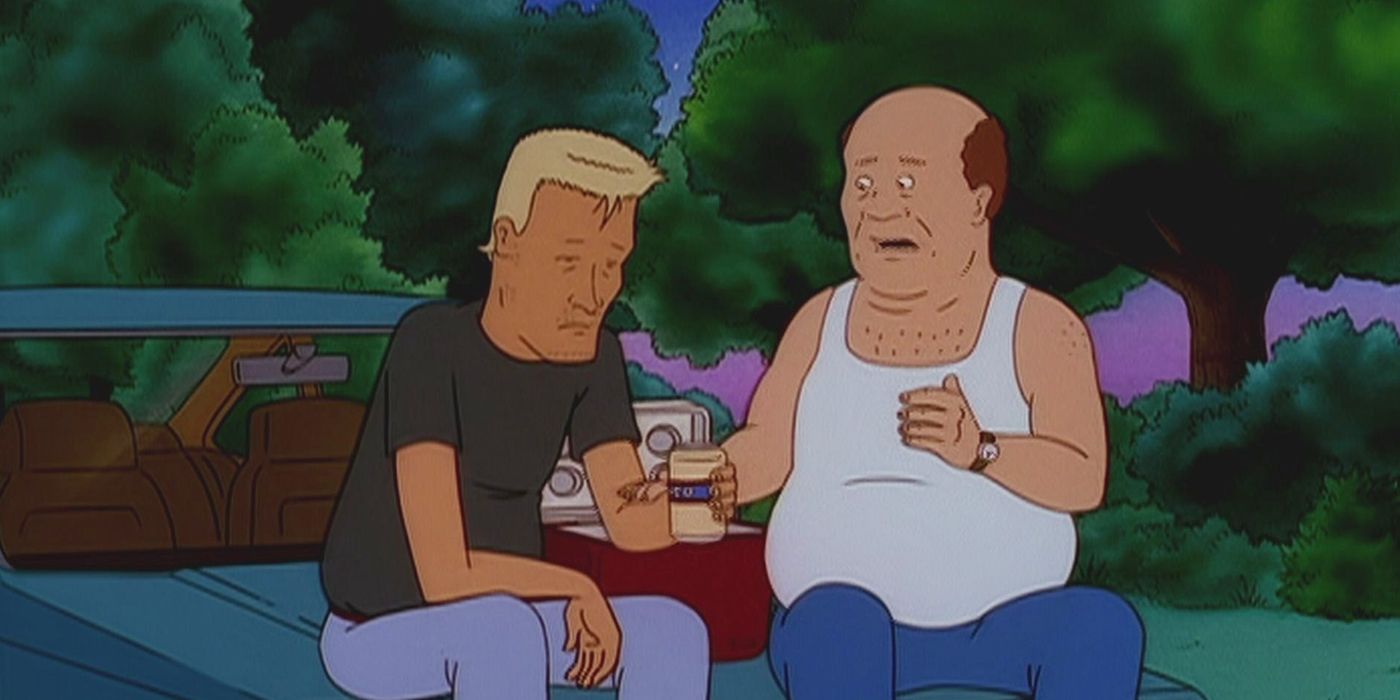 With Boomhauer being the show’s primary ladies’ man and Bill being whatever the exact opposite is, they have had very different romantic journeys throughout the show. Those differences could be hilariously displayed in an episode where Boomhauer introduces Bill to dating apps.

It could start good-natured, with Boomhauer wanting to help his friend, but then turn into a rivalry when he realizes that Bill has made a profile on literally every single app and website that there is. They could both spiral out of control until Hank has to bring them both to reality. Bonus points if someone gets catfished by John Redcorn, or if Boomhauer’s bio is written in his usual gibberish.

Arlen Gets an XFL Team 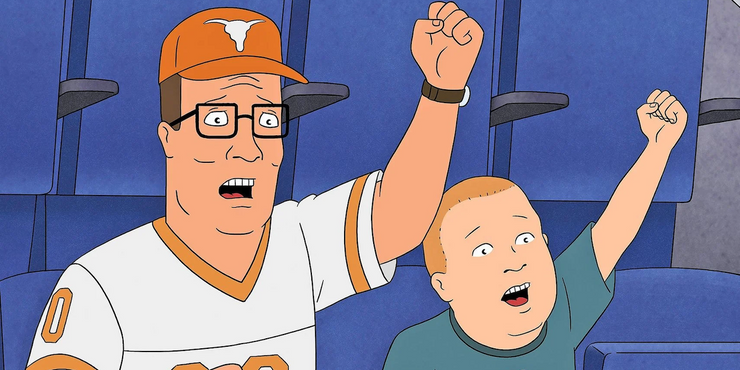 If there is one thing Hank Hill loves, it’s propane. If there are two, it’s beer. If there are three, it’s football, and maybe Peggy. Hank Hill and his friends have been rabid fans of Texas football since the beginning of the series, especially the Dallas Cowboys and the Texas Longhorns.

Being such die-hard fans, it could be funny to watch the group react to the creation of an entirely new league, especially if a team like the Renegades also happens to be based out of Dallas, or better yet, Arlen itself. Watching Hank wrestle with whether or not he should enjoy the XFL despite his commitment to the Cowboys could be the kind of pointless internal struggle the show is so good at.

Hank Hill has always been a very traditional and opinionated man. While not every joke on the show has aged well, that was usually intentional. King of the Hill always liked to poke fun at mainstream culture, and the current climate of cancel culture would fit perfectly into its wheelhouse.

Any character in the show could be a victim, but Hank would be the best. After some misconstrued comment an angry internet mob could come after Hank in his job and personal life. Hank of course refuses to bow to the mob until he finally reaches a breaking point, but by then everyone decides to just move on to the next person they can be angry at.

Getting the Band Back Together 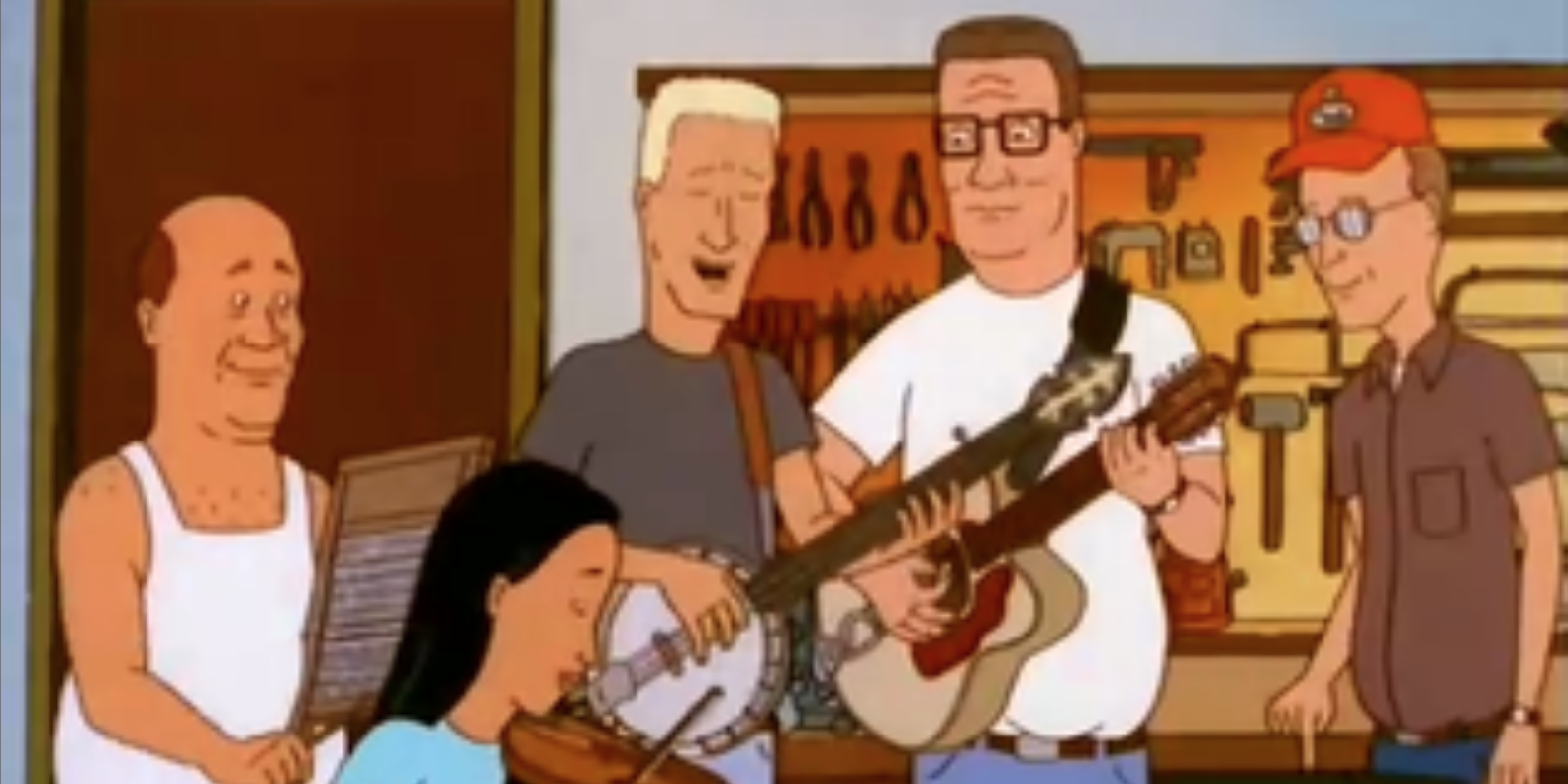 One of King of the Hill’s best episodes featured the creation of the Dale Gribble Bluegrass Experience, a bluegrass band consisting of Hank, Bill, Dale, Boomhauer, and neighbor Connie. Their band ends up being fairly popular and has a great musical number.

With so many musicians today finding success on platforms like SoundCloud or YouTube, an episode could center around the band’s performance gaining a following online, encouraging them to get back together. It could also feature a musical tribute to the late ZZ Top guitarist Dusty Hill, who in the show is Hank’s cousin.

Peggy Gets into Crypto 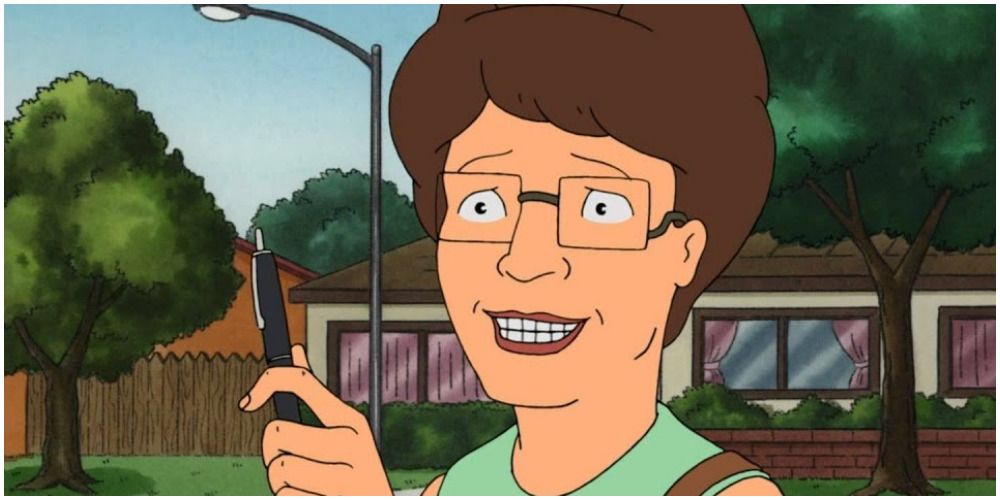 Peggy Hill has always been the more eccentric of the Hill family, getting herself into numerous ridiculous situations in the show. Since she has already fallen prey to a pyramid scheme and an accidental kidnapping, the next logical progression could be her getting really into cryptocurrency.

Because of her personality, she would likely have no clue of how cryptocurrencies work and would have no clue of that either. Throwing all of the family’s assets into something like Bitcoin, or better yet, Dogecoin, would not only be fitting for Peggy’s character in today’s world but could lead to some hilarious conversations of her trying and failing to explain to Hank exactly what it is. 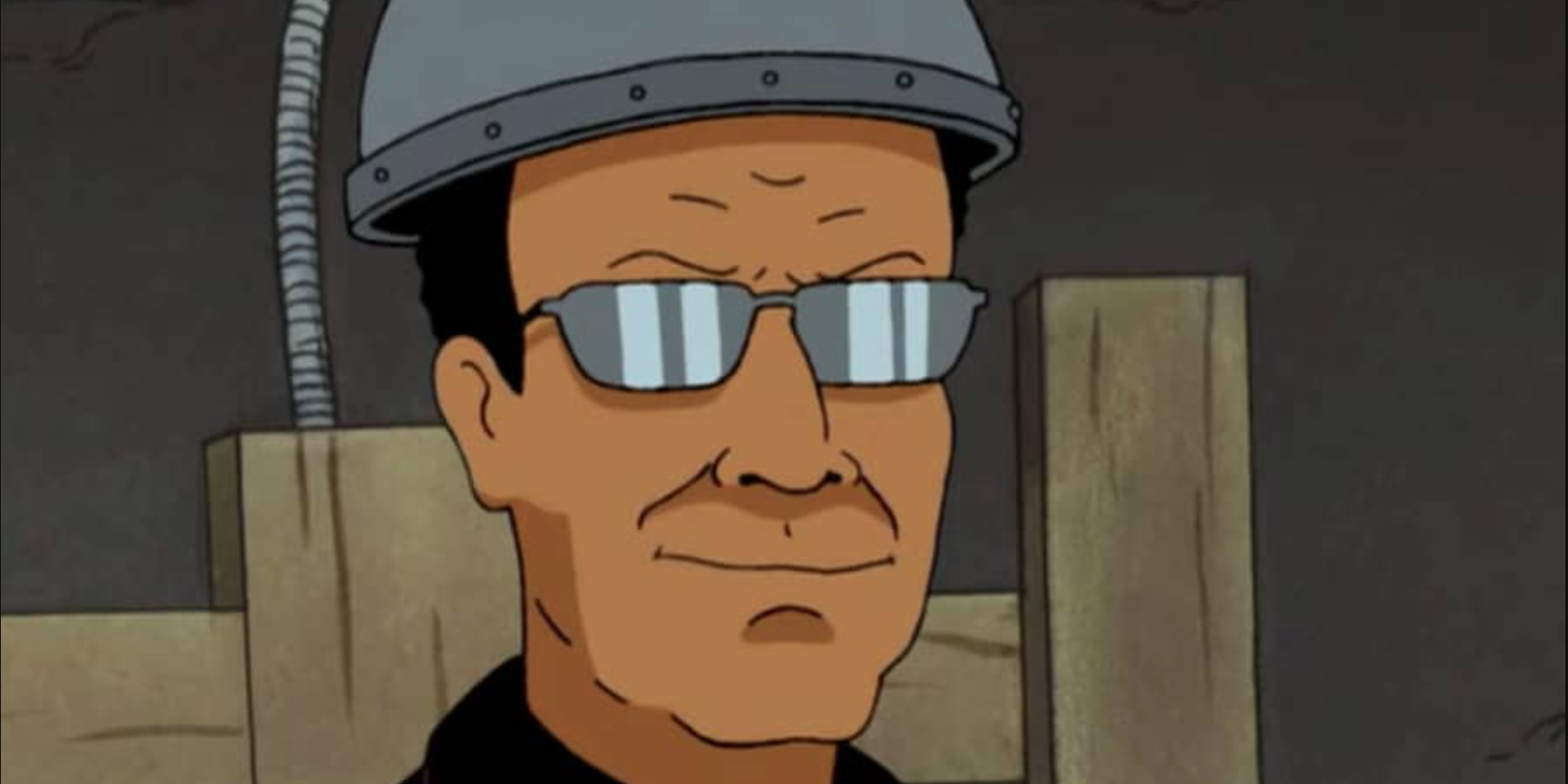 Sometimes a little bit of meta-humor can work well. Since King of the Hill would be a controversial revival, they could poke fun at this by having an episode where a favorite show of the main characters is brought back to mixed opinions.

King of the Hill even has an in-universe show that could be perfect for the reboot treatment. Monsignor Martinez, which serves as a running joke throughout the series, could be brought back, or better yet, recast. With Hank’s fear of change and the actor who plays Martinez having been a character on the show, it could be a funny premise if handled right. 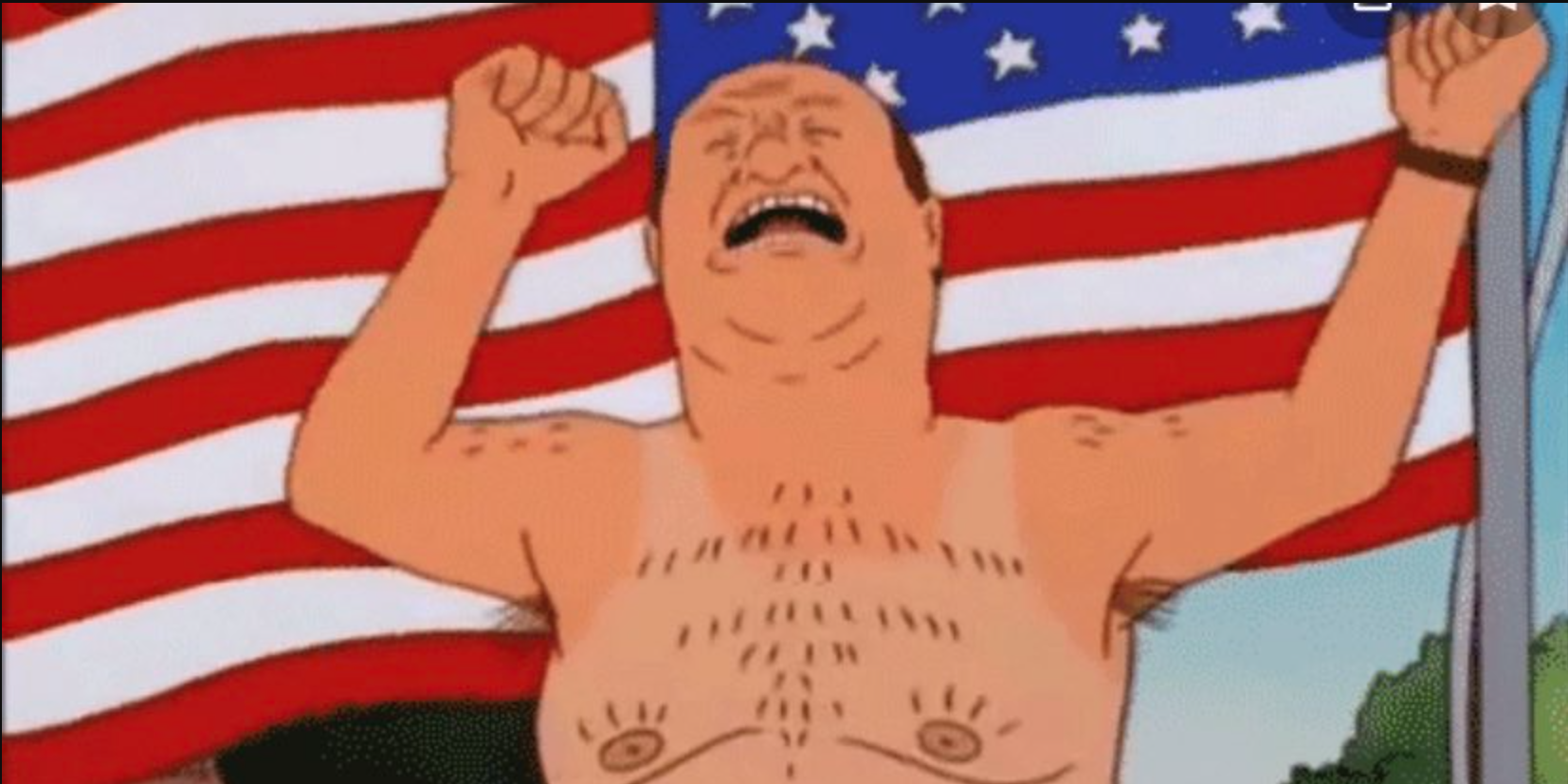 Outside of Bobby, Bill Dauterive is Arlen’s resident couch potato. When he is not cutting hair at the local Army base, he is usually lying around feeling sorry for himself or coming up with bizarre ideas to meet women.

Given his trademark loneliness, it could be funny to feature an episode where Bill is completely unaware that a mandated lockdown was confining him to his house as he had no intention of leaving anyway. Outside of a throwaway question of why everyone is standing so far apart in the alley, Bill could be left entirely none the wiser. It could even make sense for Bobby or Dale as well. 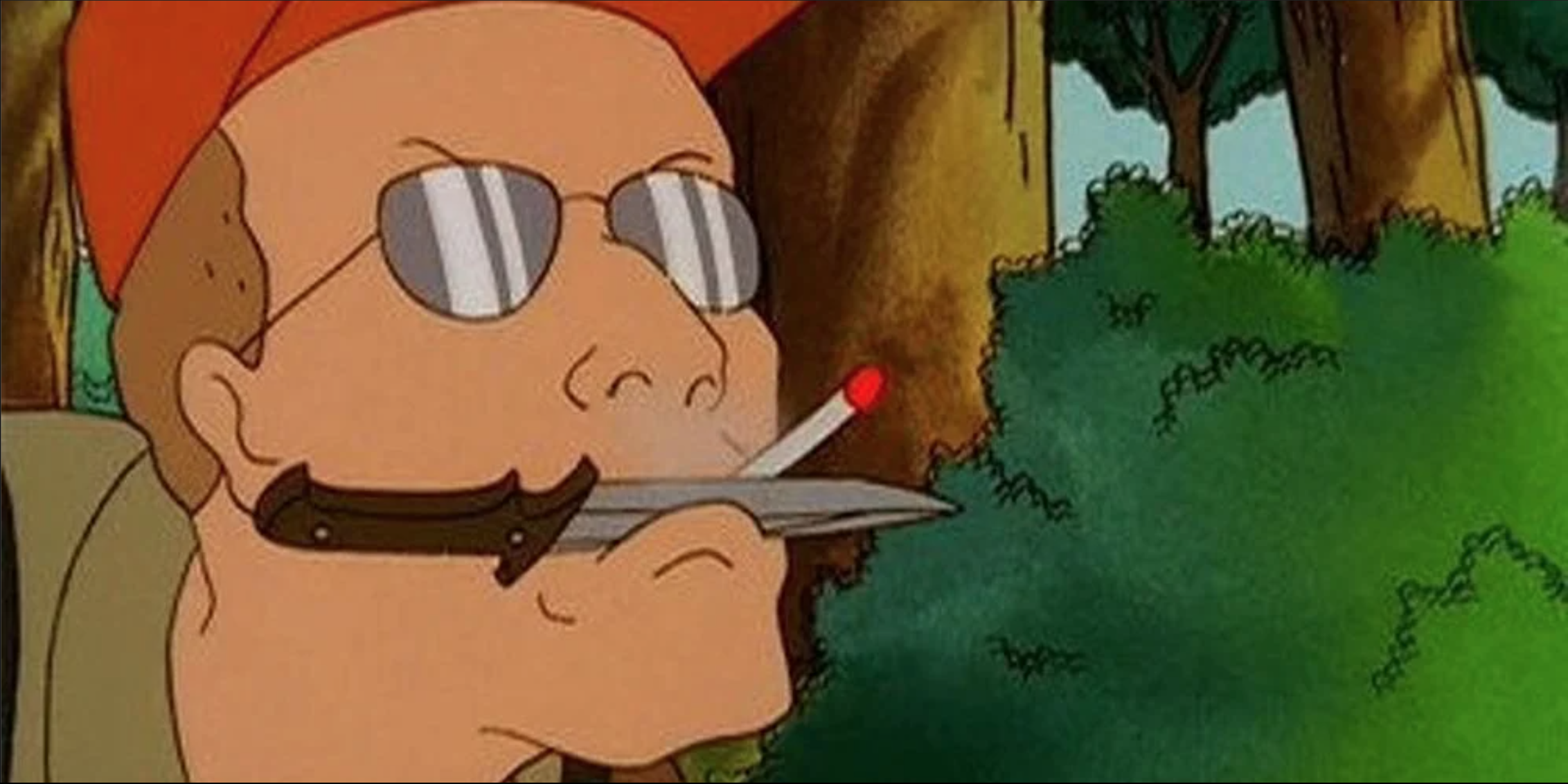 With all of Dale Gribble’s outlandish conspiracy theories, his distrust of the government has been a running joke throughout the series. This could all come to a head in an episode where Dale partakes in the famous Capitol Hill riots, roping an impressionable Bill with him.

Best 10 Definition Of Verb For Class 1