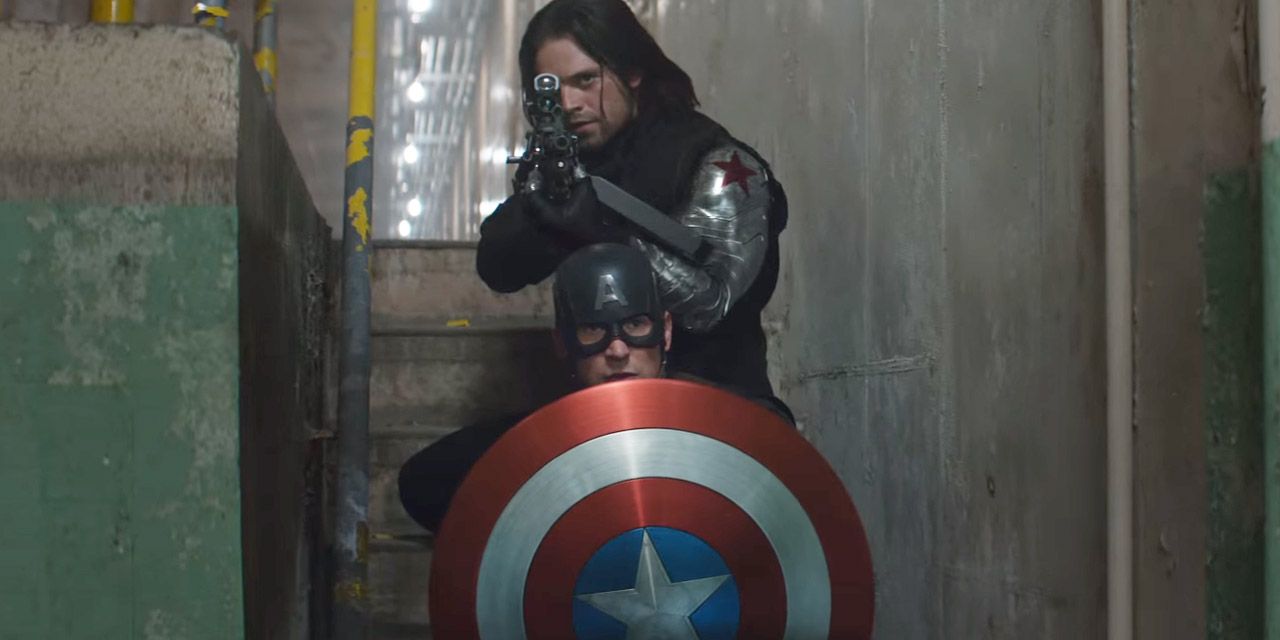 Tony Stark has never been shy about giving nicknames to those he fights against and alongside. In The Avengers, he called Hawkeye “Legolas” and in Avengers: Infinity War, he called the Ebony Maw “Squidward.” He did it again in Captain America: Civil War.

After spending the entire film fighting with Steve Rogers, he showed up at his side at the end. Bucky Barnes kept his gun pointed at Tony though, prompting this response which includes a reference to Bucky’s memory being wiped being similar to the plot of the film The Manchurian Candidate.

Nobody Knew How To React To Ant-Man’s Trick 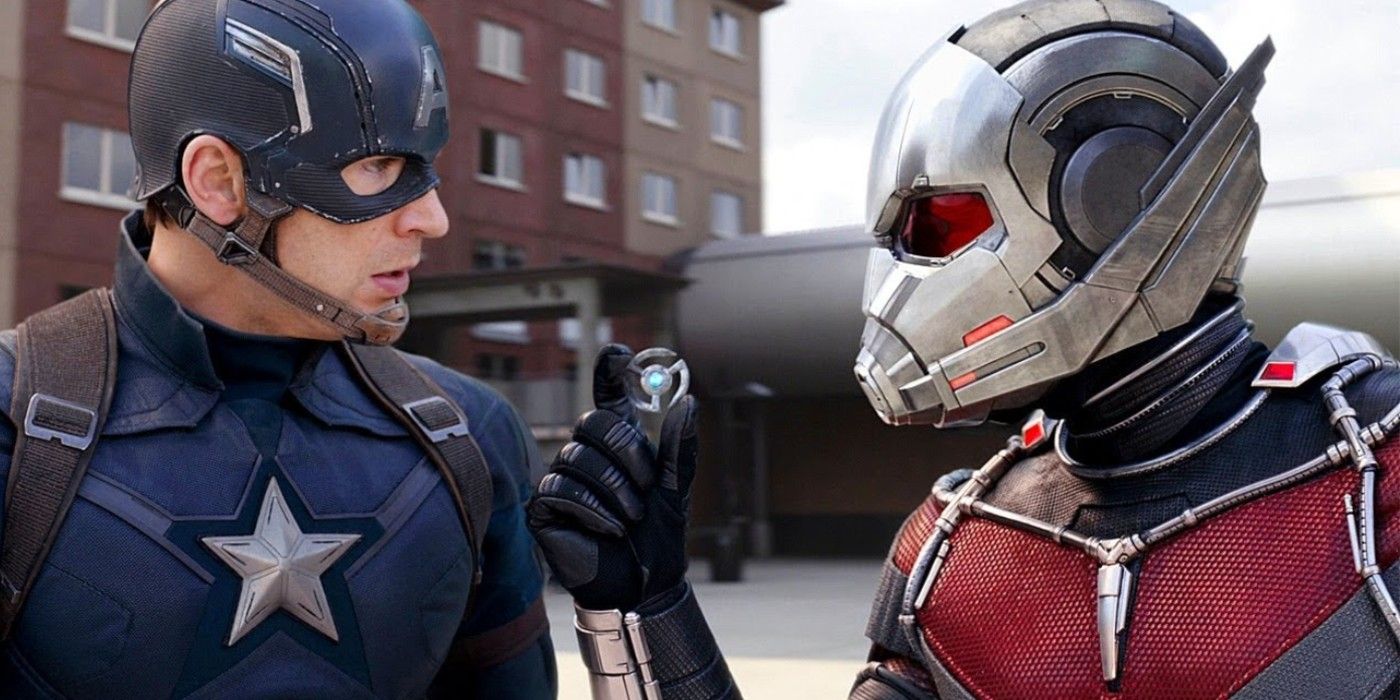 Those on Tony’s side of the fight in Civil War were pretty stunned when Ant-Man first showed up, growing to his normal size and returning Cap’s shield to him. However, he shocked everyone on both sides when he pulled off his next trick.

Ant-Man turned into Giant-Man, grabbing War Machine by the leg with relative ease. Rhodes’ reaction to turning and seeing what grabbed him was funny because it’s such a simple way of saying what happened. “Tiny dude is big now” explains it and is in line with how little he knows about Scott Lang.

Why Steve Rogers Never Has Plans

“Well, All The Guys From My Barbershop Quartet Are Dead, So No, Not Really.” – Steve Rogers 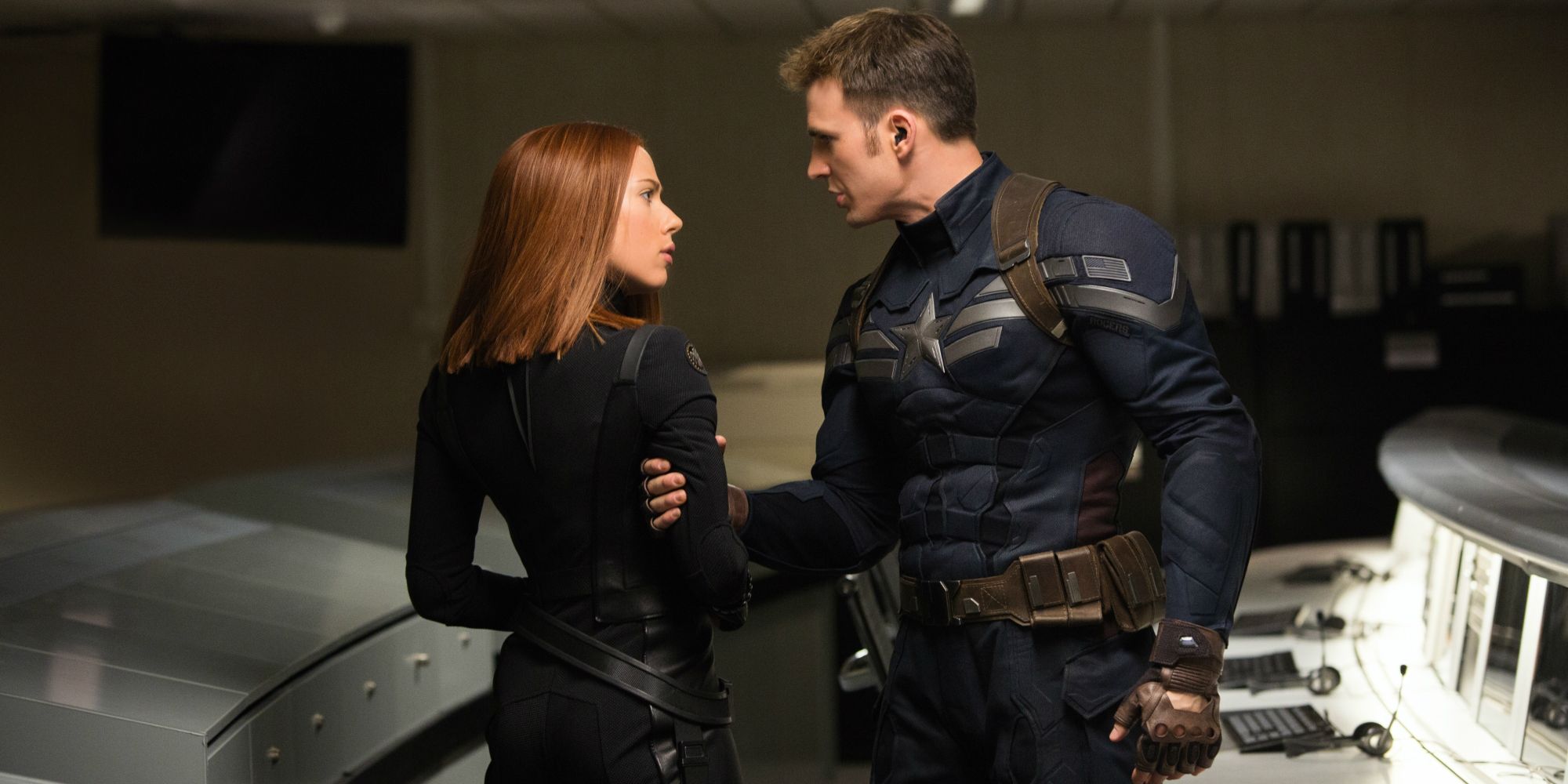 As noted, Steve Rogers isn’t one of the more comical characters in the MCU. What does work most often for Steve in terms of being funny is when he has the “straight man” reaction to absurd things around him. He also does well at poking fun at himself.

In The Winter Soldier, Natasha asks if he had any plans over the weekend and Steve answered her with this line. It’s a combination of Steve reminding her that he’s technically in his 90s at the time and also keeping his personal life pretty private.

T’Challa Can Be Savage 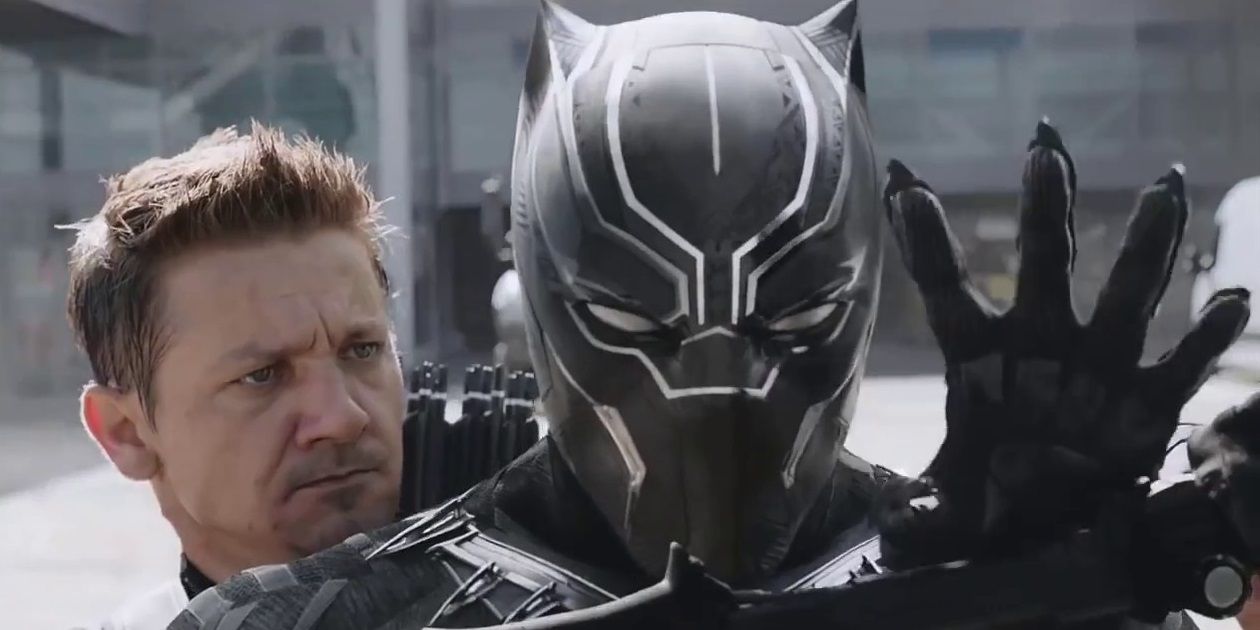 On its own, “I don’t care,” isn’t a funny line. The thing that makes it humorous is the time that he brings it up. During the massive airport fight in Civil War, most of the people involved were friends so they weren’t fighting as brutally as they could, evidenced by Wanda telling Clint that he was pulling his punches.

Along with Wanda, T’Challa was someone who wasn’t holding back as he wanted revenge for his father’s death. So, when Clint introduced himself to T’Challa during a fight, the calm response of “I don’t care” came off in a comedic way. T’Challa didn’t have time for games and with Hawkeye often being considered the least popular Avenger, some fans agree with the statement.

Asking The Real Questions About T’Challa 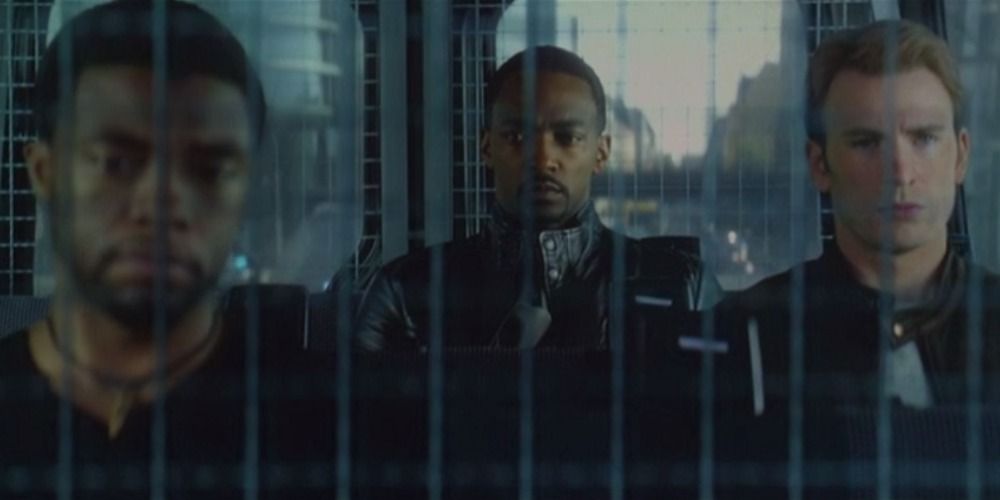 The official on-screen debut of Black Panther came in Civil War as he chased down Bucky Barnes with the likes of Cap and Sam Wilson in pursuit. The breathtaking scene ended when Cap, Sam, and Bucky were taken into custody.

On the ride to the authorities, Sam had all of the questions for T’Challa including this line. Considering they knew nothing about the Black Panther other than his look, Sam asking if he liked cats didn’t seem far off, though Steve was there to turn the conversation down a serious path. 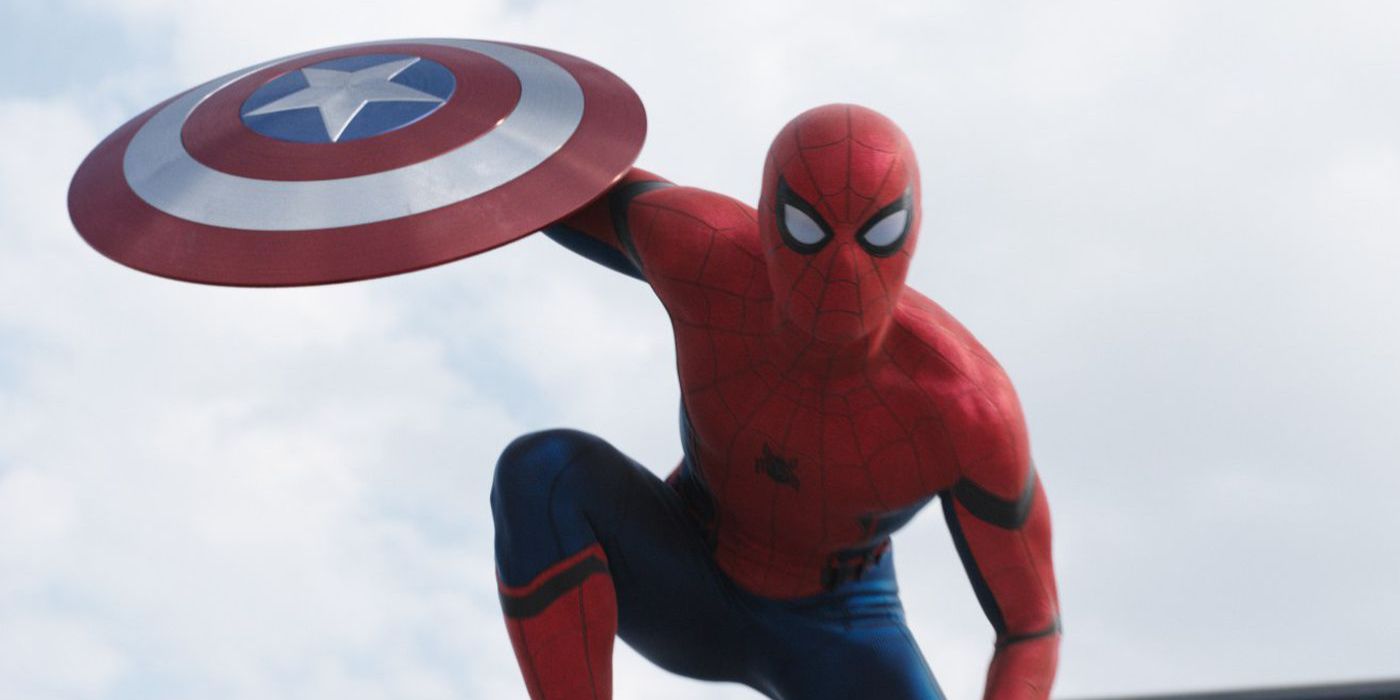 Black Panther wasn’t the only hero to make his MCU debut in Civil War. Tony Stark needed help and opted to pick up a teenager from Queens and bring him to the big fight, introducing the franchise to Spider-Man.

His first appearance is iconic as he webs up Cap’s shield to steal it from him and poses. Of course, before that cool moment, there’s Tony shouting “Underoos,” as a nickname for Peter Parker given that he basically wore pajamas before he got a suit from Stark.

“I Knocked Out Adolf Hitler Over 200 Times” – Steve Rogers 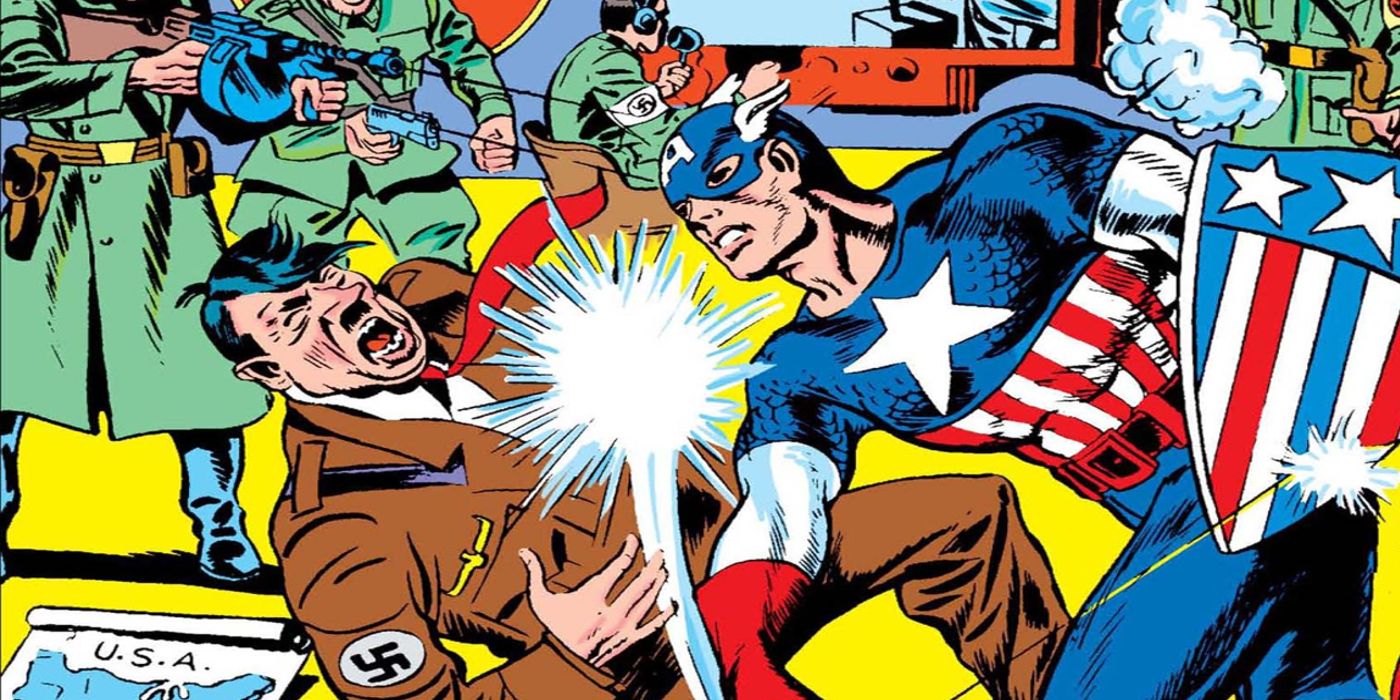 It’s pretty clear that Captain America: The First Avenger has the least humor of the trilogy given its time period, subject matter, and when it was released (before the MCU became as quippy as it is today). That being said, it had a few funny lines.

This one came as Steve Rogers was preparing to lead the Howling Commandos into battle. When Dum-Dum Dugan asked if he knew what he was doing, Steve responded with this quote, referencing his history of punching a fake Hitler while on the USO tour. The confused faces of everyone hearing it made the line even better. 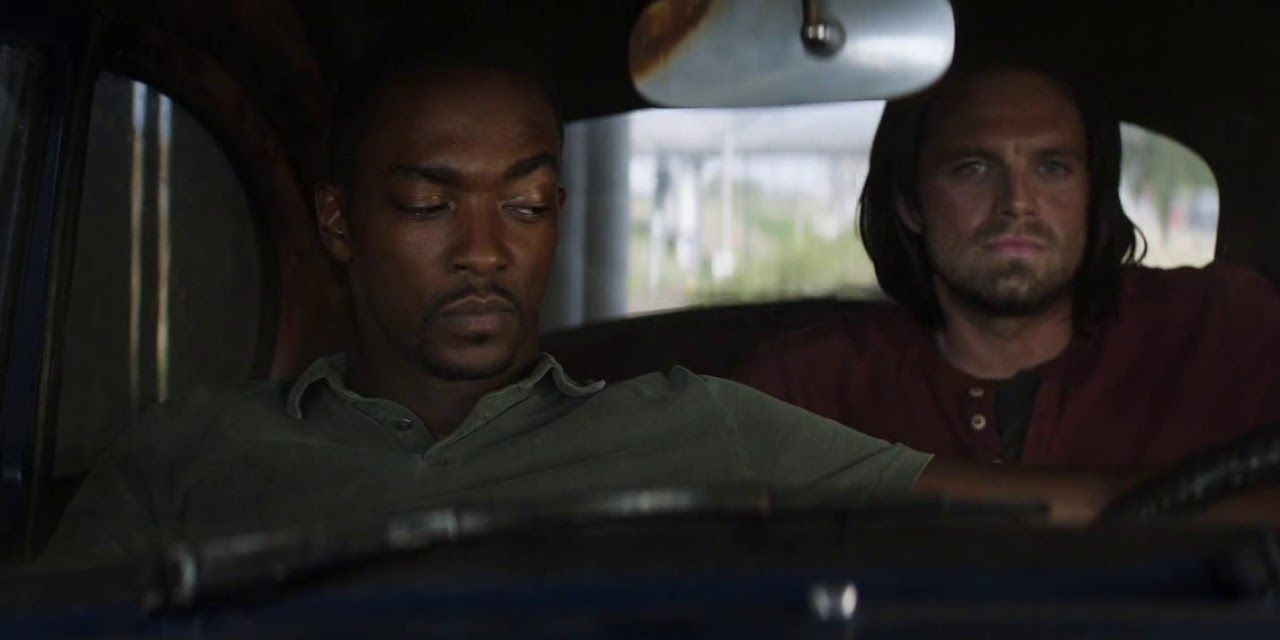 The relationship between Sam Wilson and Bucky Barnes has become one of the most important in the MCU. It was even the focal point of The Falcon and the Winter Soldier series on Disney+ but this is where it all really started.

They had only really ever fought to this point but Steve trusted Bucky and Sam trusted Steve. While waiting in a car, Bucky kindly asked Sam to give him more room and Sam declined to do so in a deadpan manner that was hilarious. The Falcon and the Winter Soldier even called back to it.

Up Close Flirting Between Nat & Steve

“You Still Uncomfortable?”/”That’s Not Exactly The Word I Would Use.” – Natasha Romanoff & Steve Rogers 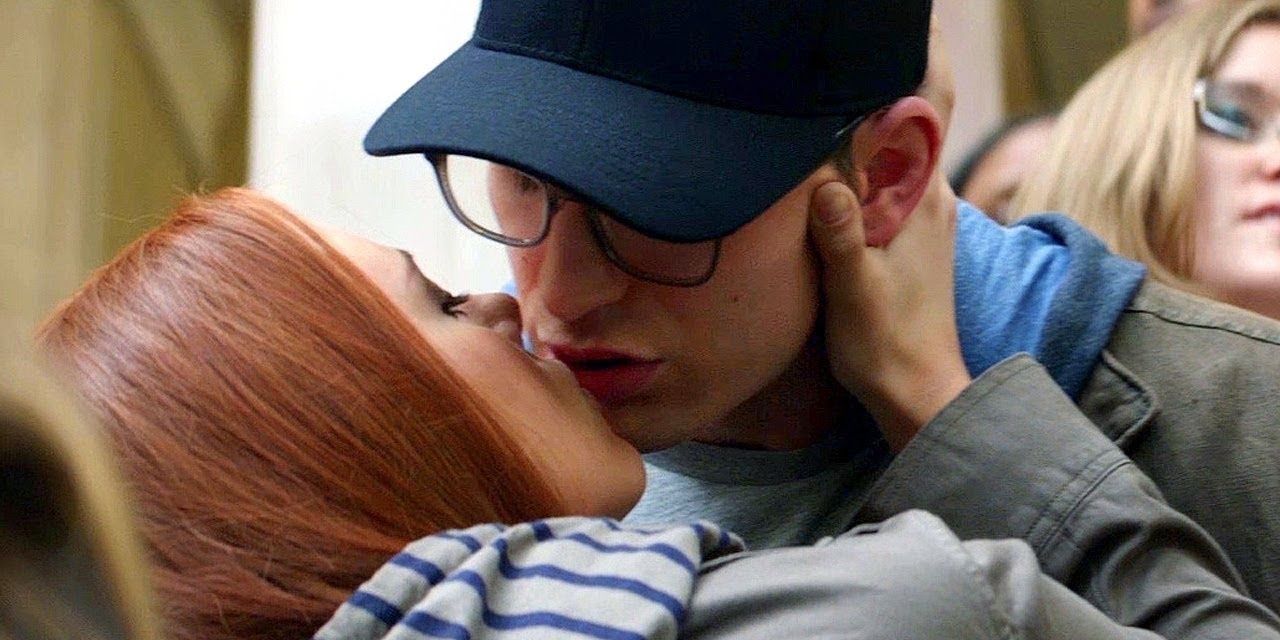 In Avengers: Age of Ultron, Steve tells Bruce Banner that he has seen Natasha flirt up close and Bruce isn’t sure what that means. The source came from The Winter Soldier when Steve and Natasha were on the run and at the mall.

To avoid being seen, the two kissed since public affection makes many people uncomfortable. After breaking off the kiss, Natasha posed this question and Steve’s answer was funny because that kiss likely made him feel a lot of things that weren’t uncomfortable.

“I Know You Know A Lot Of Superpeople So Thinks For Thanking Of Me.” – Scott Lang 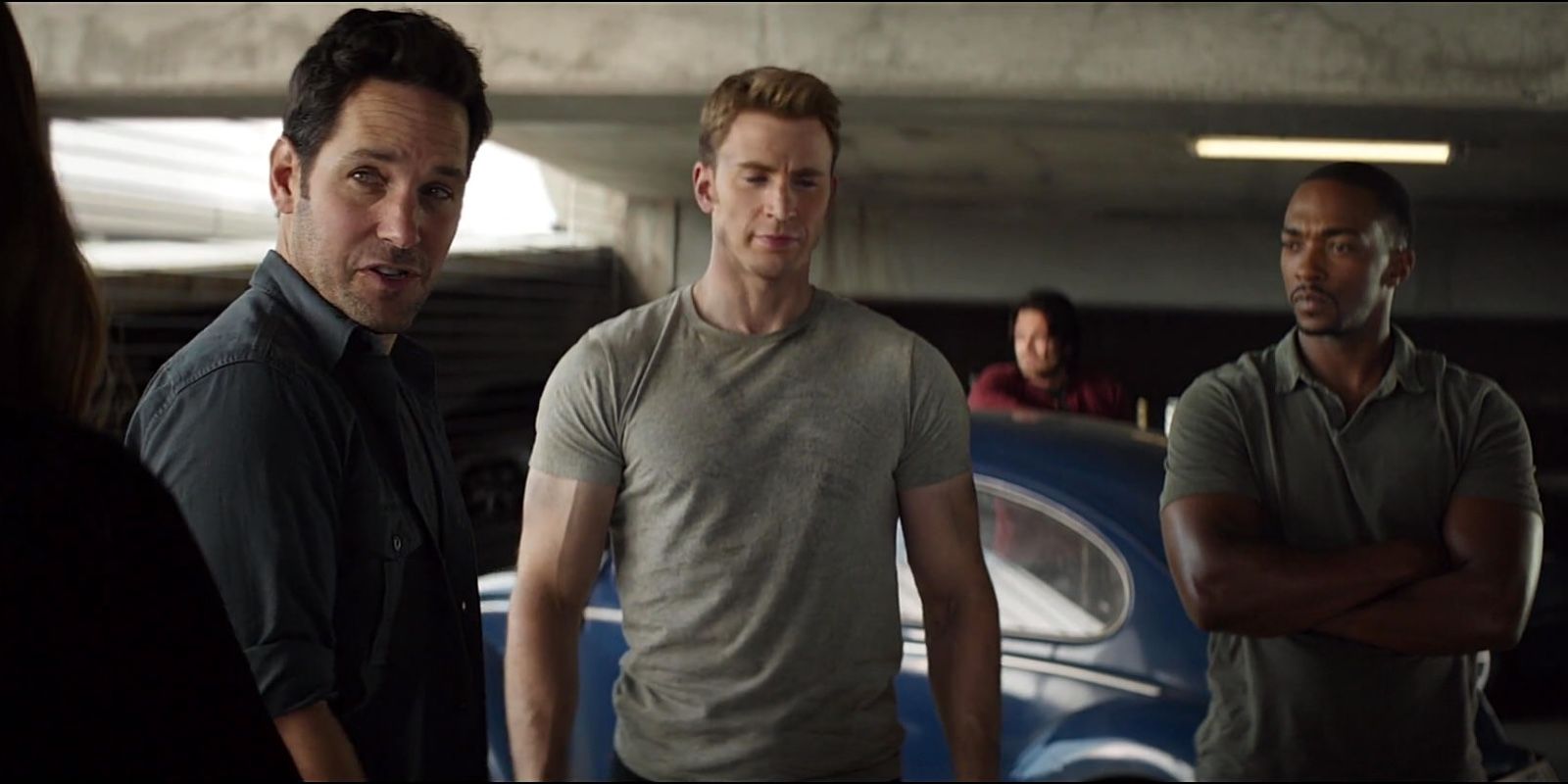 Once again, it’s a guest character in Civil War who got some of the best lines. Scott Lang is even better in this movie than in his own solo film and it’s because of lines like this. Upon meeting Steve and the other heroes, he’s almost starstruck.

Scott got flustered and first shook Steve’s hand for too long before touching his arms because of how big they were. He then uttered this line, totally mixing up “thanks for thinking of me” in hilarious fashion.

Best 14 Taken For A Ride Lyrics

Best 12 I Wanna Be Down Remix Lyrics