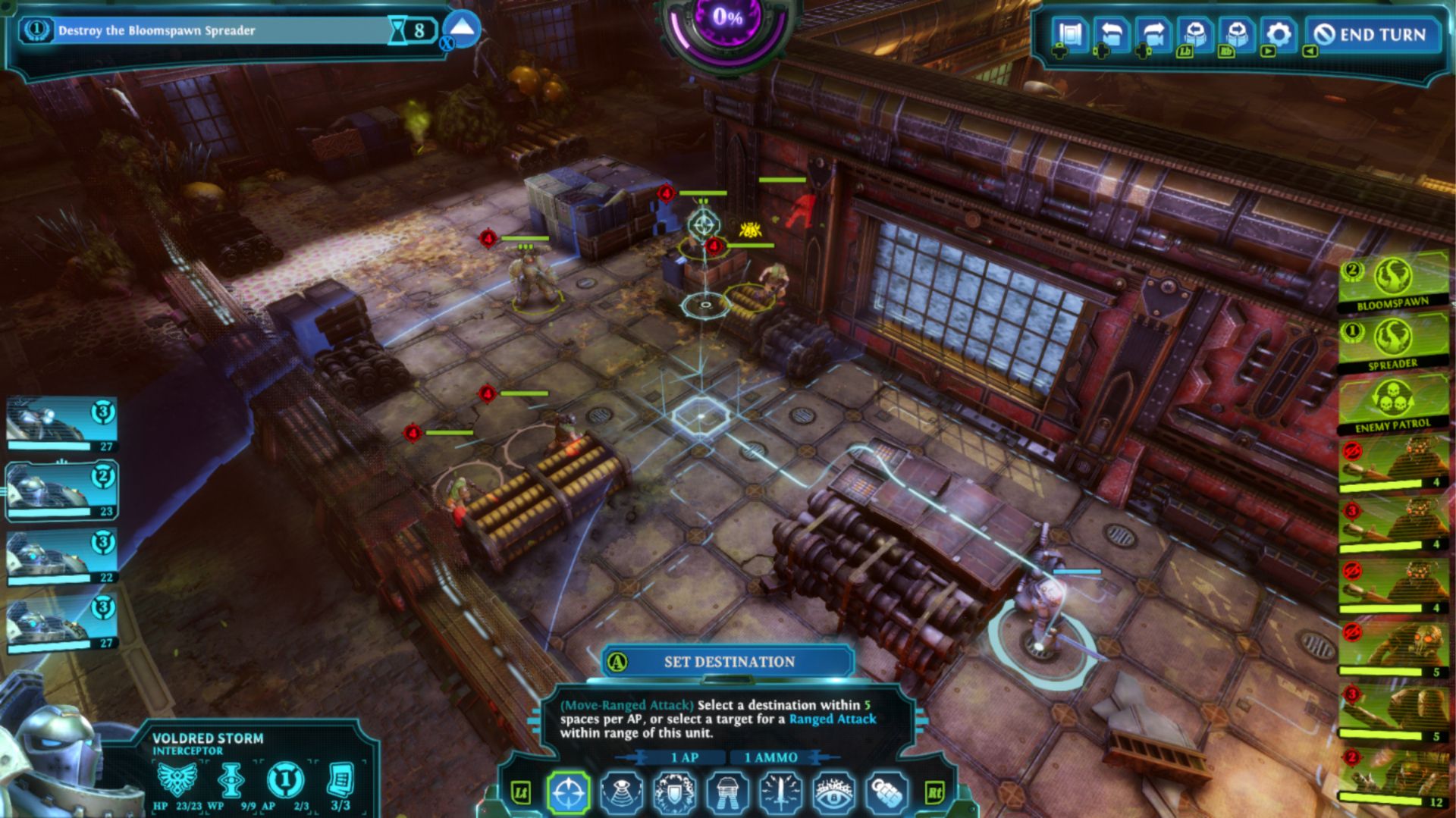 It won’t be long until the Grey Knights are called into action and the player must send a squad down to a planet’s surface, in order to investigate a Bloom disturbance. This begins Daemonhunters‘ turn-based tactical gameplay, where a group of Grey Knights must do battle with the forces of Nurgle. Each character can take multiple actions each turn, and can use cover to resist or avoid damage. This is almost identical to the XCOM 2 system, but with a few differences. For one thing, the Grey Knights are among the elite, which means there is no percentage chance of missing an opponent, as the game will tell the player outright whether a shot will hit or miss. The enemies each have a Stun value, and dropping it to zero and moving in for a melee attack allows the player to perform a number of special actions, including Execution, which will grant the entire party an additional action. The game does a great job of making the Grey Knights feel like titans on the battlefield, but they’ll still need all the help they can get.

In Daemonhunters, the battlefield has a Warp Surge meter which increases every turn. The Grey Knights can power up their attacks with their psychic abilities, but this increases the Warp Surge. Once the Warp Surge hits 100%, a random event will play that works in the enemy’s favor, such as creating a poisonous zone, or summoning reinforcements through the Warp. This means the player has to adopt an aggressive strategy, which fits the game well, as the Grey Knights work best when on the offensive. The battlefields also have environmental weapons that can be used, such as explosive crates and pillars that can be toppled onto enemies, giving the player even more weapons. The stages themselves look great, as they evoke the grim gothic settlements of the Warhammer 40k setting, and the Grey Knights themselves all look fantastic, down to the little details on their armor and weapons. 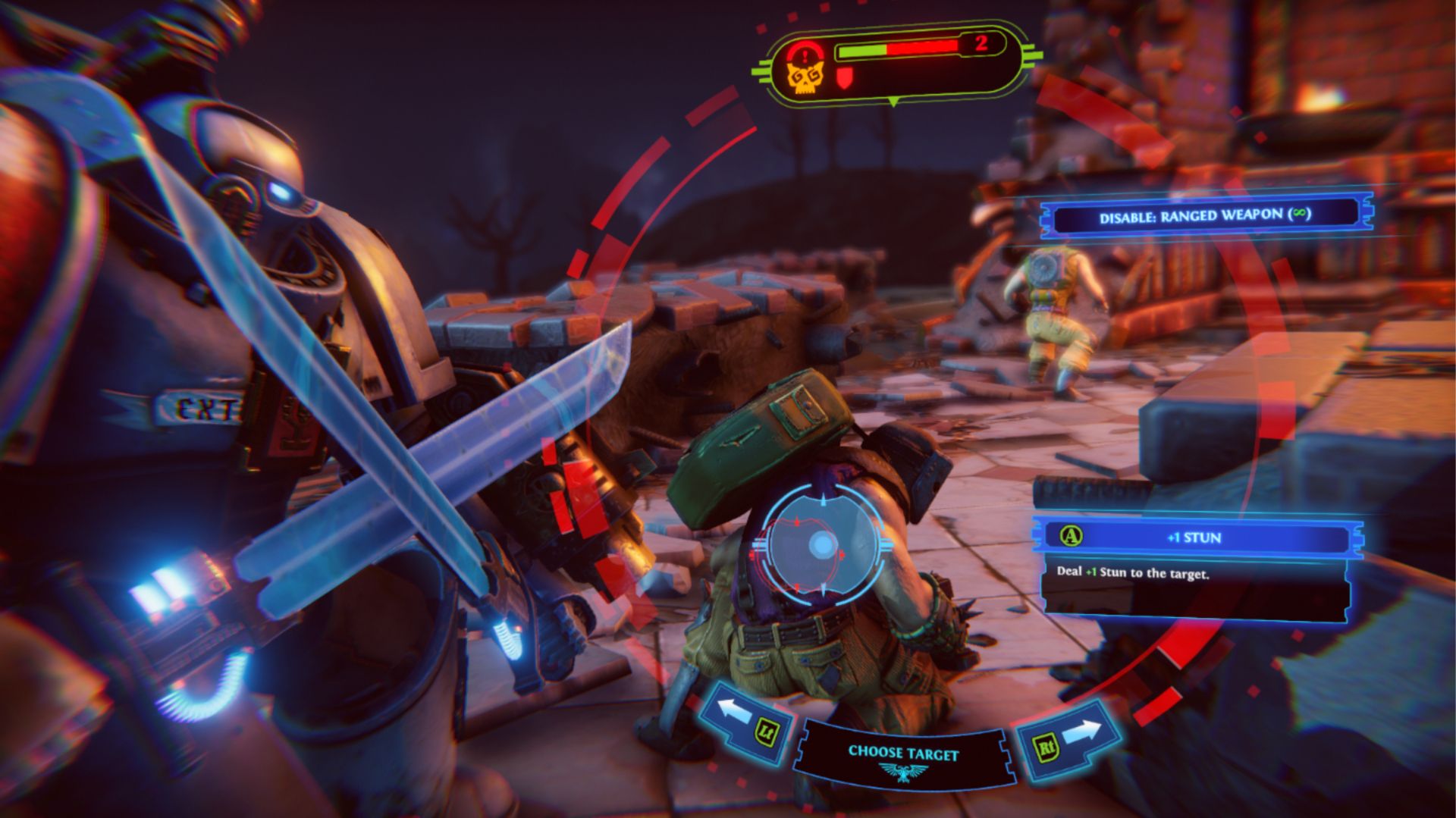 The biggest issue with Daemonhunters at launch is the number of enemies that the player will face. The small squad of Grey Knights are a force to be reckoned with, but they will soon be overwhelmed by countless enemies warping into the battlefield, and the action economy will get the better of them, as they are soon surrounded by overwatch zones and suppression fire. The massive number of enemy troops can also make turns go on forever, as the game must direct every Plague Marine that’s pottering around on the battlefield. Daemonhunters would be drastically improved by an Instant movement action, similar to the one used in Fire Emblem: Three Houses, or at least one that can be toggled during the busier encounters. The difficulty of Daemonhunters is such that it’s advised that new players should try the Merciful difficulty first, in order to learn the game’s various systems, and then restart on a higher difficulty for the extra challenge, as it’s easy to get stuck in a dire position during the early hours of play.

The high difficulty of Daemonhunters can be frustrating at times, but it also forces the player to use every advantage at their disposal. The Grey Knights have different weapon types that they can use, psychic abilities that can be improved by leveling up, and different armor and gear that can be carried into battle. The player has a number of choices to use in battle, and seeing a carefully planned strategy pay off is incredibly rewarding. The game can seem unfair during the early hours of play. especially when Warp Surges go against the player, but there are tons of ways to succeed on the battlefield. The story of Daemonhunters is well told, with some fantastic story missions that pit the player against some of the strongest creatures among the forces of chaos, and the voice acting (such as Andy Serkis as Vardan Kai in Daemonhunters) is top-notch across the board. The struggle against the Bloom and the Plague Marines can be difficult, but Daemonhunters always keep giving the player a reason to push forward.

Daemonhunters is a challenging game and can often tip the scales a little too hard against the player, but overcoming the odds is part of what makes it fun. Fans of the strategy genre who are seeking to be tested should check it out, as should fans of Warhammer 40k, as Daemonhunters is one of the best games to ever hold the Warhammer 40k license, even with its brutal difficulty.

Warhammer 40,000: Chaos Gate – Daemonhunters is available now for PC. Screen Rant was provided with a digital copy of the game for the purposes of this review. 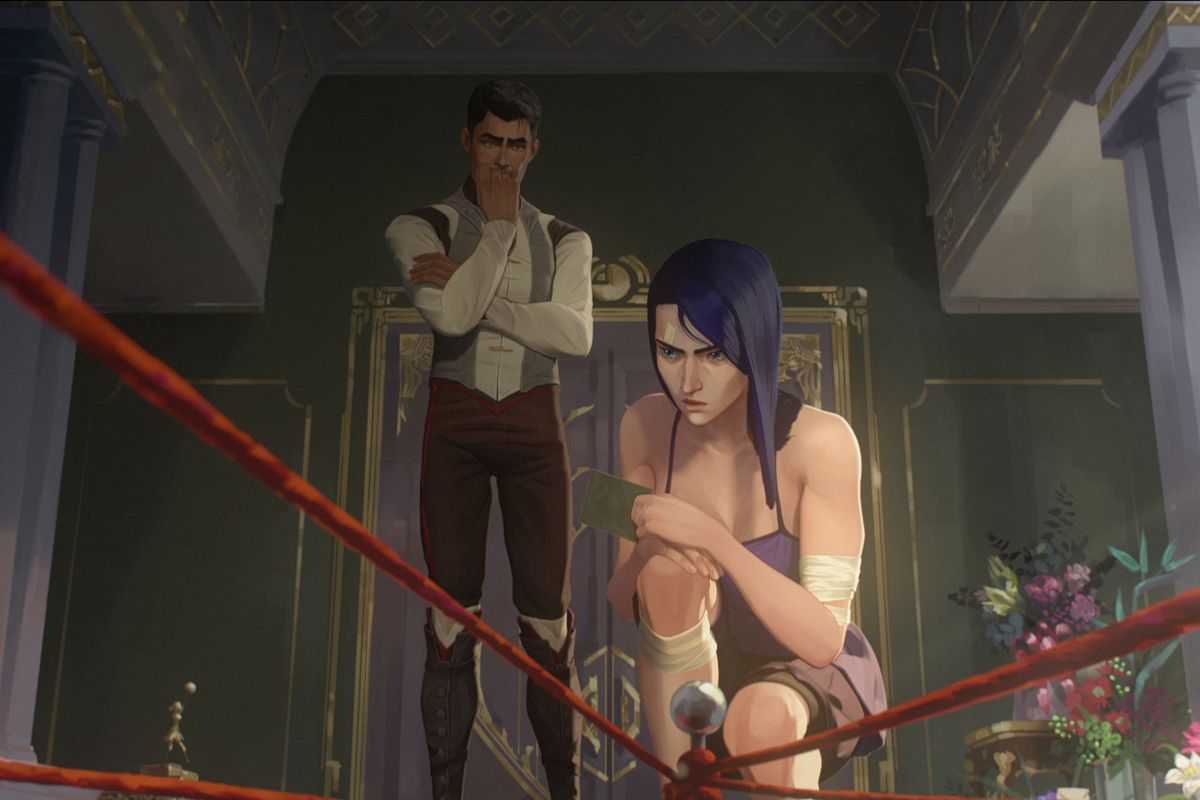 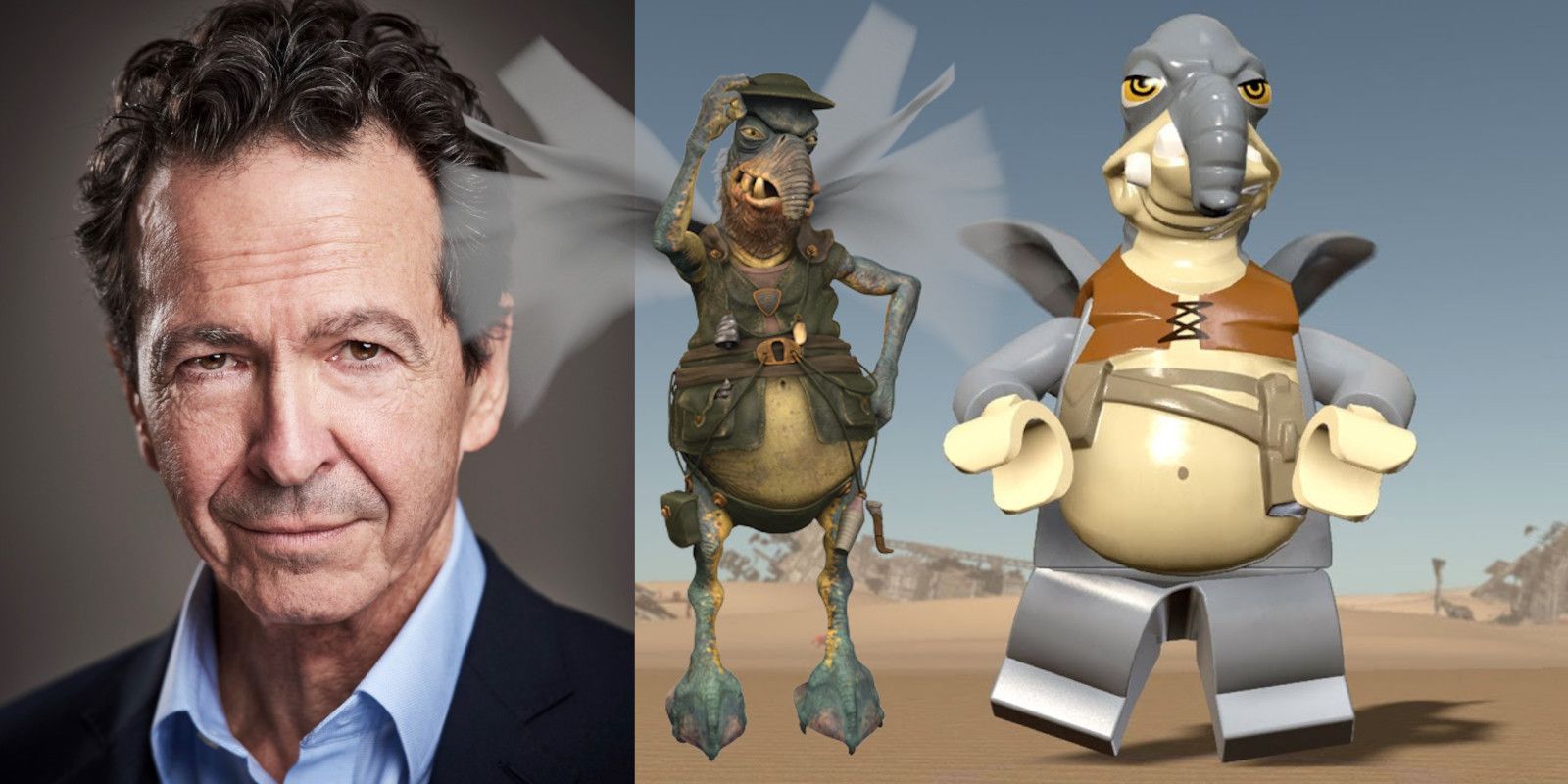 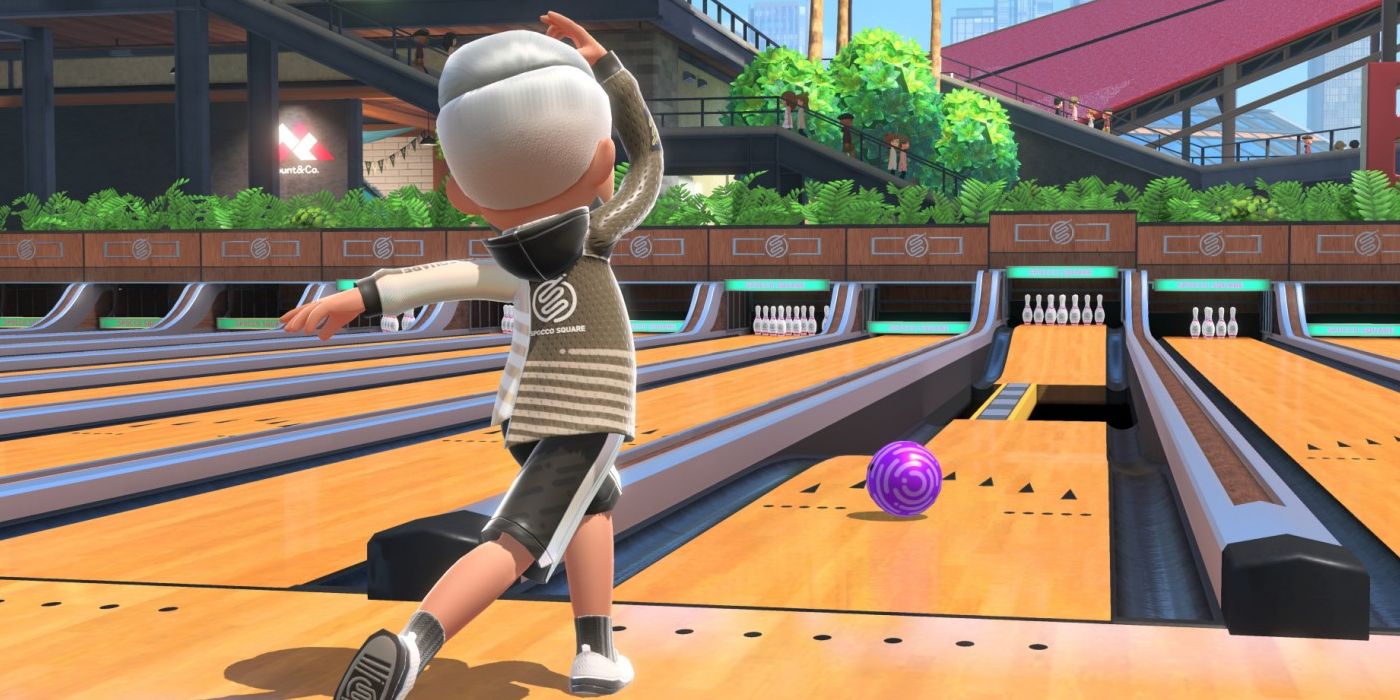 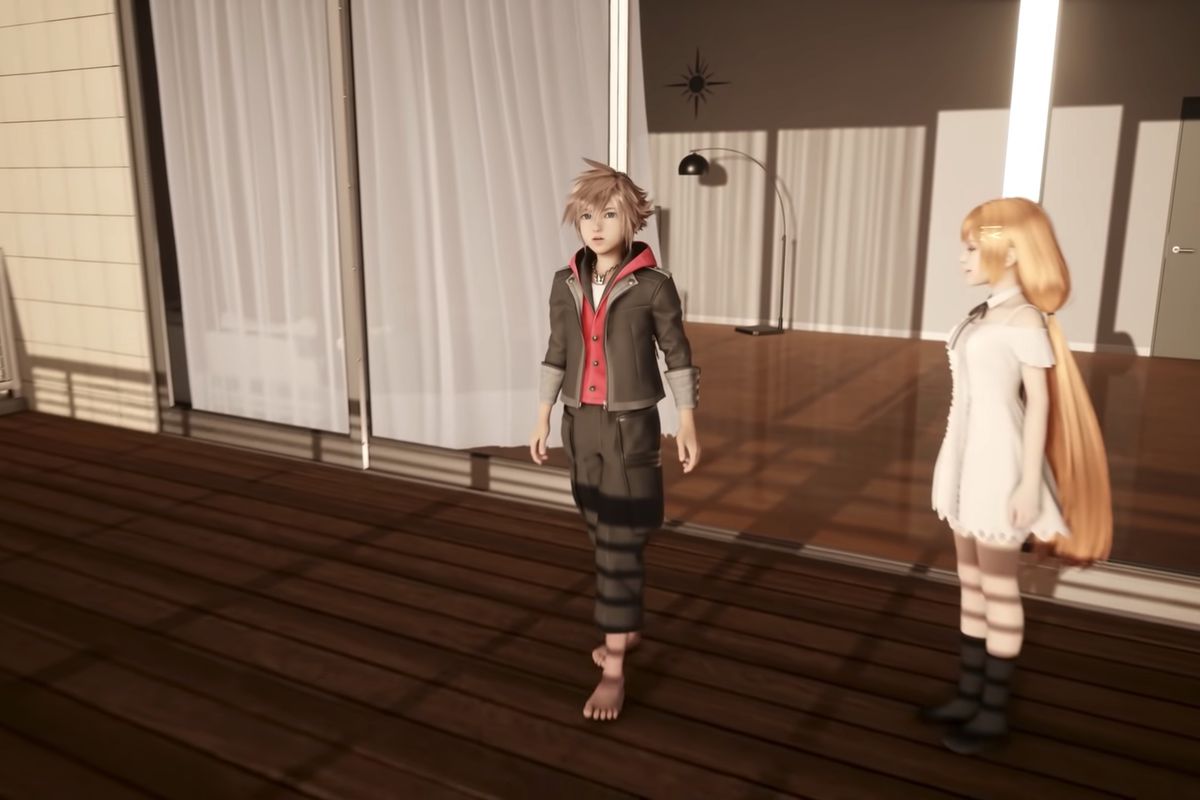 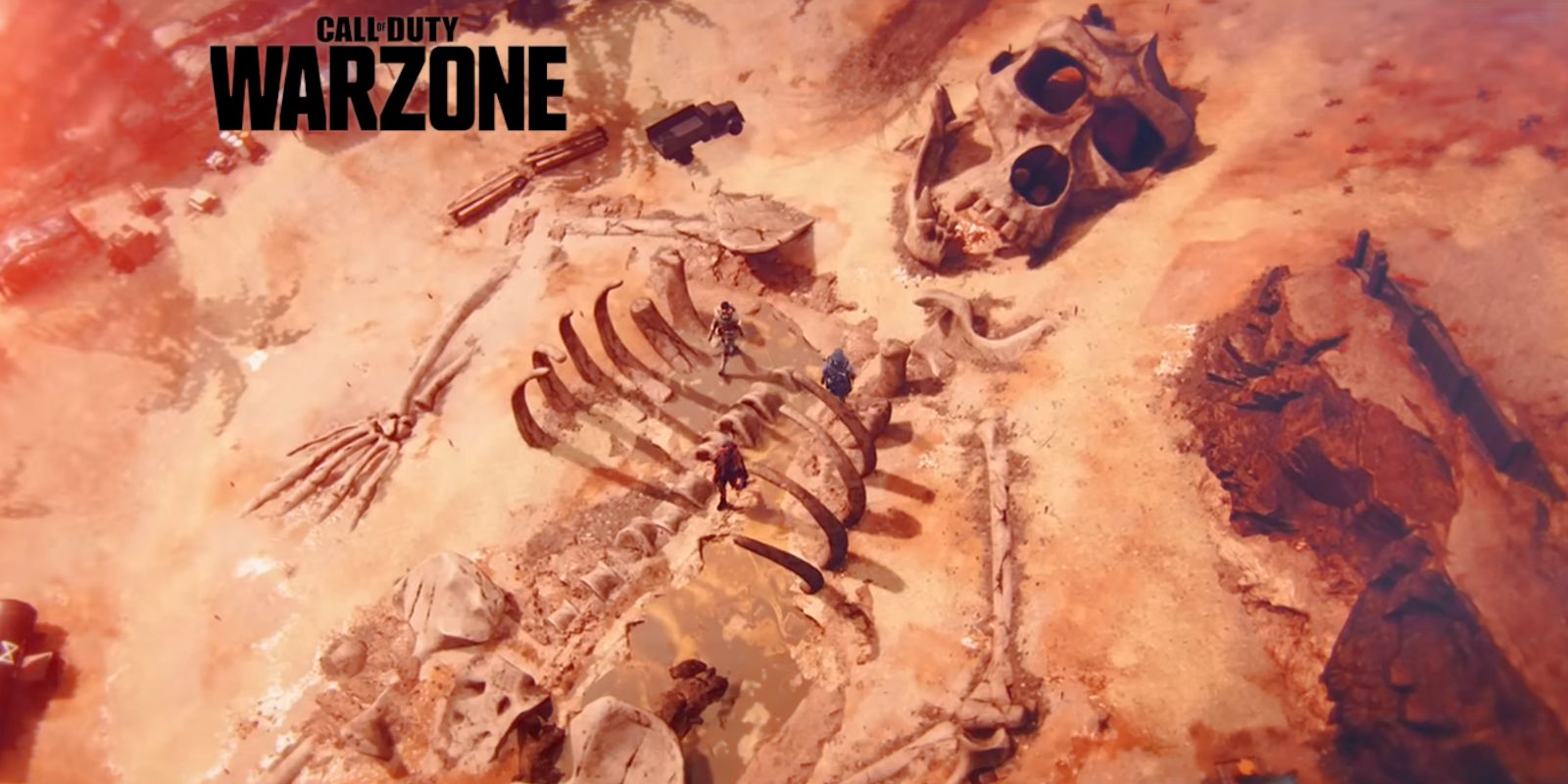 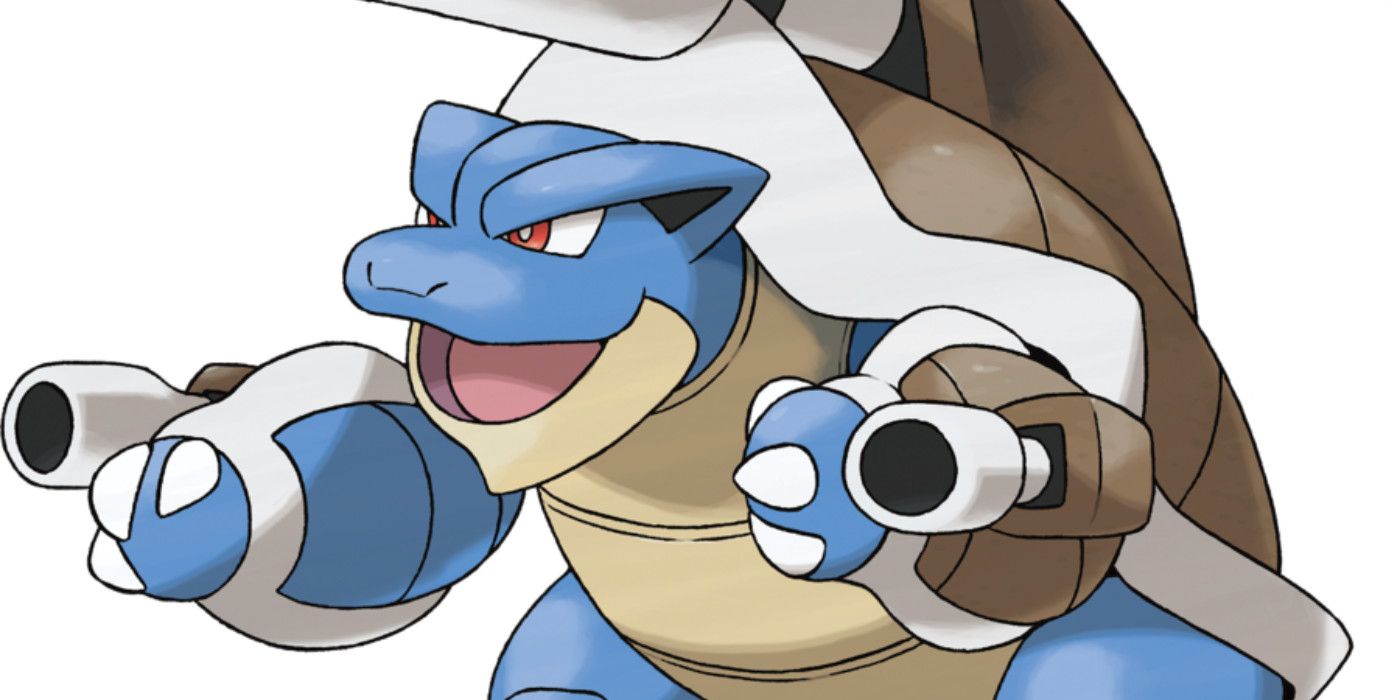 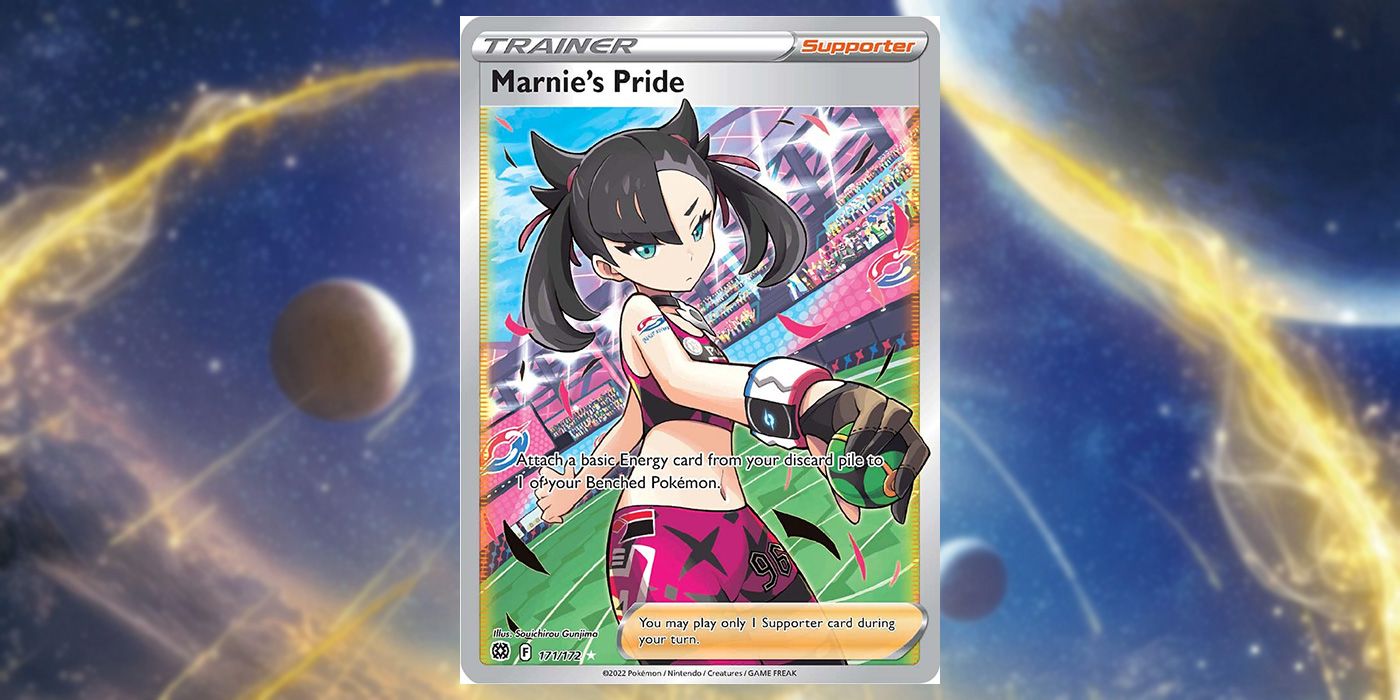